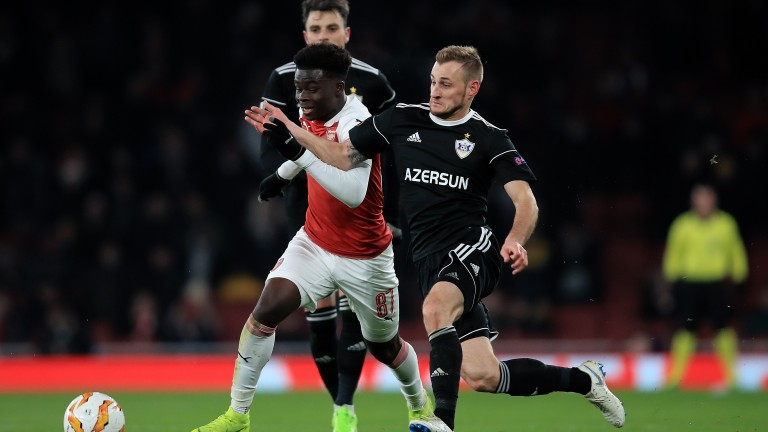 Qarabag are no strangers to the group stages of European competitions
Marc Atkins
1 of 1
By Dan Childs 3:19PM, JUL 9 2019

Qarabag are serial qualifiers for the group stage of major European competitions and can begin their 2019-20 Champions League campaign with success at Albanian champions Partizani in the first leg of their qualifying tie.

The establishment of Qarabag as the dominant force in Azerbaijan has been overseen by manager Gurban Gurbanov, who has been at the helm since 2008.

Gurbanov's squad have won the Azeri championship in each of the last six seasons and are building a reputation as a strong team in continental competition.

Getting past the early Champions League qualifying rounds has not been a problem and they should have too much quality for Partizani.

Last season was hugely successful for Partizani, who were crowned Albanian champions for the first time since 1993.

They have been regulars on the European scene but have struggled to make an impact, losing each of their last four Europa League first-round qualification ties.

Jasir Asani was their top scorer last season with just nine goals but their main threat could come from 22-year-old forward Eraldo Cinari, who has netted five times in his last five appearances.

However, there appears to be much more talent in the Qarabaq dressing room.

Madatov netted for the Azerbaijan national team in a 3-1 loss at home to Hungary last month and could be among the goals in Tirana as Qarabag plot another lengthy European adventure.