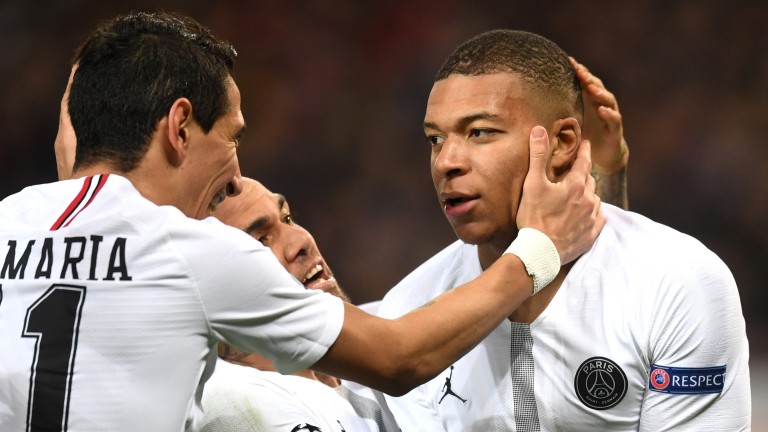 Paris Saint-Germain's dominance of French football shows no sign of abating - they have won a domestic treble in four of the last five seasons -but they often underachieve in the Champions League and are desperate to make an impression when facing Atalanta in the last eight.

For a club with PSG's resources their modest Champions League record – no semi-final appearance since 1995 – is disappointing.

However, they regularly run into top-notch opposition at a fairly early stage of the competition.

Over the last eight years they have been knocked out three times by Barcelona, once by Real Madrid and once by Manchester City, but last season's last-16 exit to Manchester United was tougher to explain.

They triumphed 2-0 at Old Trafford and dominated large parts of the tie but lacked a killer instinct and were undone by a controversial penalty award when VAR penalised a handball by Presnel Kimpembe, allowing Marcus Rashford to seal a remarkable 3-1 success for United in the French capital.

PSG have demonstrated greater assurance this season and showed mental strength to recover from a 2-1 first-leg loss away to Borussia Dortmund and win the second leg 2-0 despite playing at an empty Parc des Princes.

Preparations have not been ideal for Thomas Tuchel, who has absorbed the departures of veteran striker Edinson Cavani and right-back Thomas Meunier after they decided not to extend their contracts.

Tuchel's problems increased when right-back Thilo Kehrer (knock) and star forward Kylian Mbappe (ankle) were injured during a 1-0 victory over St-Etienne in the French Cup final although Mbappe is expected to return to training this week.

If Mbappe misses out, Tuchel would have to make at least three changes to the attack which finished the home leg against Dortmund as Angel Di Maria is also suspended.

But he has plenty of talent to choose from with Mauro Icardi available to lead the line and Neymar, Julian Draxler and Pablo Sarabia set to fill the other offensive positions.

PSG's best side look capable of troubling Europe's elite and it is worth remembering that they were 3-0 victors at home to Real in the group stage despite going into the game without Neymar and Mbappe.

Tuchel's team could trouble anyone and if they reach the last four they may be tough to stop.