Parcell primed to deliver for Rhinos in France 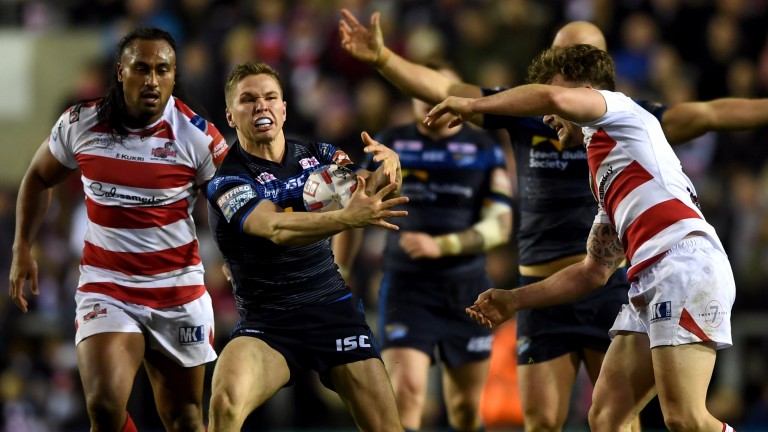 Two months ago, Leeds went off underdogs at home to Catalans in the Betfred Super League and demolished the Dragons 40-10 but that hasn’t stopped the bookmakers installing the French team as six-point favourites for the return game.

It’s an eyebrow-raising assessment given that since the first meeting, the Rhinos have won six of their eight matches while the Catalans have recorded only three victories.

Perhaps the layers have overreacted to Leeds’s poor performance in defeat at home to Huddersfield last time out but it’s not as if the Dragons were any more impressive in going down 30-10 at Wakefield.

Maybe the odds have been skewed by the absence of Rhinos outside backs Ryan Hall and Kallum Watkins, who are away with England, but coach Brian McDermott should be able to welcome back Ashton Golding and Liam Sutcliffe, who have missed the last three games.

The Dragons’ home record is frequently talked up but Laurent Frayssinous’s side have won only twice in five attempts at the Stade Gilbert Brutus this year. In any case, 1,000 Leeds fans are making the trip so McDermott’s boys won’t lack for support.

The Rhinos have won on five on their last nine visits to France and have suffered only one loss by more than a converted try during that period and backing the visitors with a 6.5-point buffer with Paddy Power makes some appeal.

Bookmakers continue to underestimate the chances of Leeds hooker Matt Parcell scoring a try. The Australian has touched down in seven of his 12 appearances including the home win over Catalans and looks a big price at 5-2 to add to that tally.

Wakefield are 4-6 to complete a league double over Leigh by repeating March’s 28-24 Belle Vue success over the Centurions.

Leigh led 24-12 at half time in that game but capitulated in the second half and Neil Jukes’s side have lost all six of the matches they have played since.

However all runs, good or bad, come to an end and it may be worth backing the hosts to get back to winning ways at 11-8.
Wakey have lost four of their six away games this season.