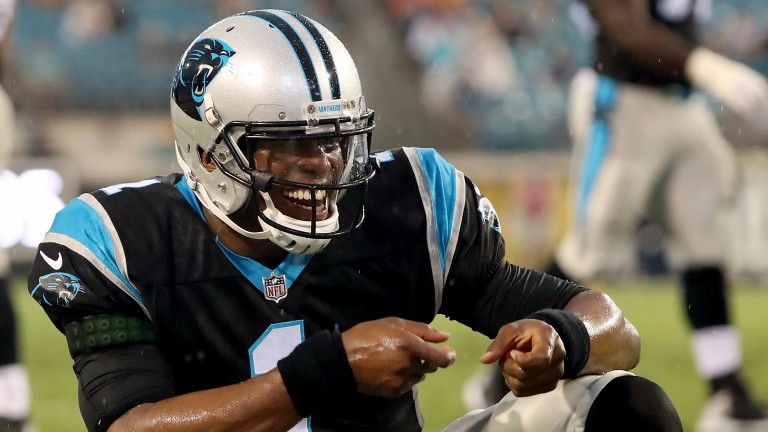 New Orleans made a major statement by ending Los Angeles Rams' unbeaten start on Sunday, but the Saints' NFC South rivals Carolina are doing well to stay on their tail.

The Panthers' credentials are set for an examination at Pittsburgh as Week Ten begins, but it is a test they are capable of passing.

Much will be made of the fact that five of Carolina's six victories have come on their own patch. They face four away games in the next five weeks and this looks like being the toughest assignment.

But they have looked excellent offensively, with quarterback Cam Newton having thrown at least two touchdown passes in each of his last seven appearances and running back Christian McCaffrey looking a livewire on the ground and through the air, while tight end Greg Olsen continues to provide an excellent outlet now he has returned to fitness.

The Panthers have not covered the handicap in any of their six meetings with the Steelers, but they can provide Pittsburgh with plenty to think about.

The home side have recovered from an indifferent start to take their customary place at the top of the AFC North with a run of five wins in six outings.

Running back James Conner has deputised superbly for contract rebel Le'Veon Bell and their defence are playing at the level expected at Heinz Field. Quarterback Ben Roethlisberger suffered a broken finger in the win over Cleveland two weeks ago but played against Baltimore last week and is set to start again.

However, it could just be that the Panthers' 1-2 away record is being overplayed by the market and they should remain competitive in what should be an entertaining encounter between two closely matched teams.

Team news
Carolina
Hopes are high that safety Eric Reid will be available after a shoulder injury but centre Ryan Kalil (ankle) and receiver Torrey Smith (knee) are rated questionable.

Pittsburgh
Quarterback Ben Roethlisberger has missed practice due a broken left index finger but is set to play. Receiver James Washington is expected to recover from a knee injury he suffered in Sunday's win over Baltimore. Offensive tackle Marcus Gilbert may sit out again with a knee injury.

Key stat
Pittsburgh have covered the handicap in just two of their last nine home matches.