United struggling to string together wins 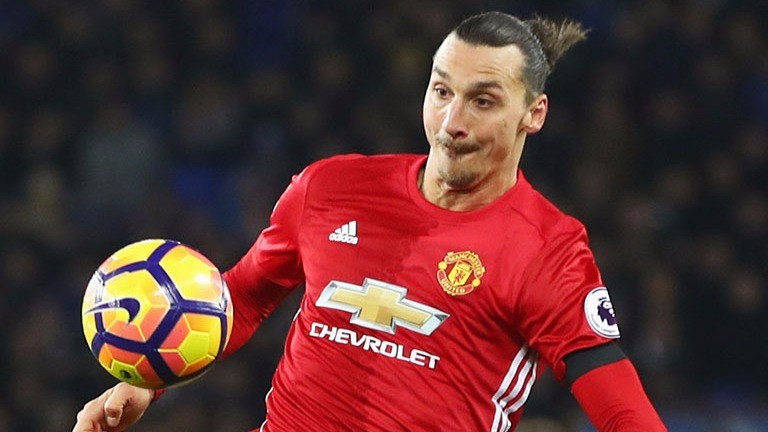 Defeating Tottenham was an important first step for Manchester United in their quest to get closer to the Champions League qualification slots but the Red Devils haven't registered back-to-back league wins since August and could miss out on maximum points against Crystal Palace at Selhurst Park.

Jose Mourinho has talked a lot about how unlucky United have been but his team are nowhere near the finished article and their workmanlike win over Spurs will not live long in the memory.

Henrikh Mkhitaryan capped a superb performance against Tottenham with the winning goal but left the pitch on a stretcher and will not feature again this side of Christmas.

Losing the Armenian is a major blow because United are not overflowing with match-winning talent and desperately need to build on the win over Spurs if they are to make serious headway in the race for a top-four finish.

Nothing less than victory will satisfy them against Palace but a lot is going to depend on Zlatan Ibrahimovic, who has netted seven goals in seven games and is playing with a spring in his step.

The Swede is the 7-2 favourite to score the first goal but will need some more support from his team-mates.

Others need to step up including Anthony Martial, who has scored just one goal in ten league matches this season, and Marcus Rashford, who hasn't scored in his last 13 United appearances.

The big plus for United is that they are up against a very suspect Palace defence.

Only three teams have conceded more Premier League goals than Palace this season and Alan Pardew's men defended dreadfully in their 5-4 defeat at Swansea and 3-3 draw at Hull in the last three weeks.

However, Palace dug deep to defeat Southampton 3-0 in their last home game and if they show the same levels of concentration and application against United, they might spring a surprise.

Palace's strength is going forward and they have two players in Christian Benteke and Wilfried Zaha who are playing close to the peak of their powers.

Benteke has been a quiet success story this season with his eight goals putting him co-fifth in the division's top scorers list. But the biggest danger to United could come from Zaha, who was responsible for all of Palace's three goals at Hull.

Zaha has always had bundles of ability but has not always made the right decisions or worked as hard as he should.

However, he has been outstanding for the majority of this season and will be licking his lips at the prospect of taking on United left back Matteo Darmian, who was regularly exposed by the pace of Tottenham substitute Moussa Sissoko on Sunday.

With Zaha and Benteke on song, Palace look highly likely to get on the scoresheet.

Whether they can keep a second clean sheet of the campaign is another matter but the home side have every chance of taking at least a share of the spoils.

Key stat
Manchester United have won one of their last five Premier League away games.