Pakistan's Azam can keep his cool

A steady approach may be required 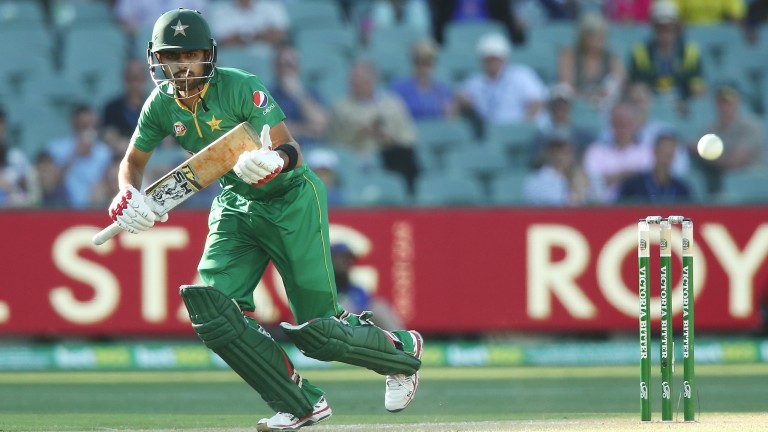 The first two Twenty20 clashes between the West Indies and Pakistan have showcased the batting frailties of both sides and more of the same is expected at Queen’s Park Oval in Trinidad.

The venue hosted the second game of the series on Thursday, when the Windies ended up on 129-8 in pursuit of 133, giving Pakistan a 2-0 lead in the four-match contest.

Spin has dominated the series, with Pakistan rookie Shadab Khan taking 3-7 and 4-14 in his first two games and only 12 sixes being struck, so a steady approach to batting may be required rather than the usual T20 fireworks.

Babar Azam batted sensibly for 29 in Barbados and 27 in Trinidad and the number three has finished not out in three of his four other Twenty20 innings.