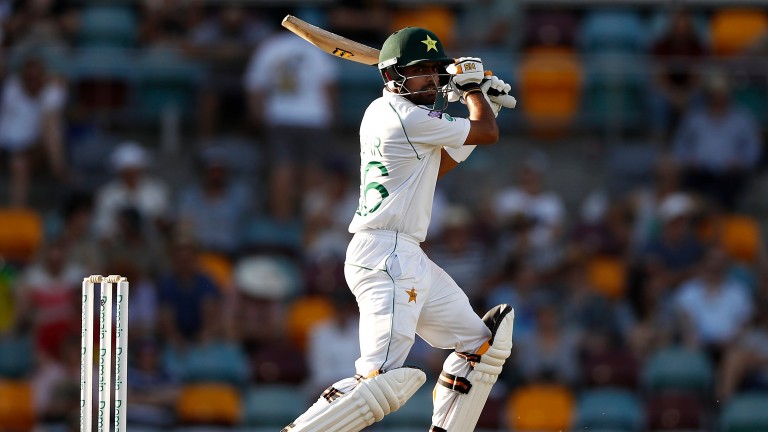 Babar Azam has been in excellent form in red-ball cricket recently
Getty Images
1 of 1
By Max Oram UPDATED 12:12PM, DEC 18 2019

Live on Sony Max, 5am Thursday

Draw
1pt 4-1 BoyleSports, Hills
Back this tip with William Hill

Rain ruined the first Test match to be played in Pakistan for a decade as a contest last week and there may be a bit of value in backing the draw in this week's second and final Test in the series with Sri Lanka in Karachi.

The Lankans defied the worst of the conditions in Rawalpindi to post 308-6 declared in their only innings, with all-rounder Dhananjaya de Silva battling to 102 not out, while Pakistan were 252-2 in serene reply, with Abid Ali on 109 and Babar Azam on 102, when an early end to the match was called.

The last five-dayer played at the National Stadium was a 2009 stalemate between these nations containing over 1,500 runs and featuring a triple century from Younis Khan and double tons for Mahela Jayawardene and Thilan Samaraweera.

Abid made history in Rawalpindi by becoming the first man to make a hundred on both ODI and Test debut but the better batsman bet is Babar to follow up his fluent century with at least a first-innings fifty.