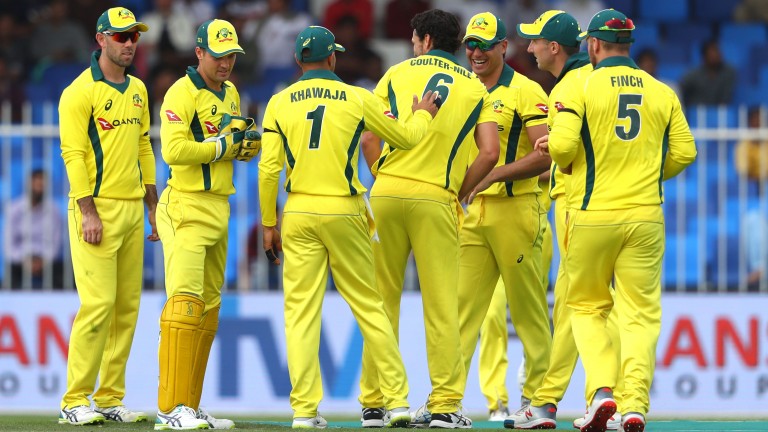 Australia's ODI team have had plenty to celebrate against Pakistan in the UAE
Francois Nel
1 of 1
By James Milton 8:01PM, MAR 28 2019

Australia have taken an unassailable 3-0 lead in their one-day series against Pakistan in the UAE, extending their winning run in 50-over internationals to six games.

That run is particularly impressive given that the first three wins helped the Aussies come from 2-0 down to win a series in India.

With batsmen David Warner and Steve Smith back in action in the IPL and fast bowlers Mitchell Starc and Josh Hazlewood rested for this series, Australia's World Cup squad is shaping up nicely and only Sky Bet are still offering 5-1 about them lifting the trophy in England this summer.

There is no great excitement about odds of 8-15 about Australia winning the first of two dead rubbers in Dubai but Peter Handscomb is worth backing to top-score for the tourists.

Skipper Aaron Finch has dominated the market in this series, scoring 116, 153 not out and 90 in his three innings but Handscomb, likely to bat at number three or four, looks in cracking touch.

He batted beautifully against the spinners for his 47 off 43 balls in the third ODI and finished the India series with scores of 117 in Mohali and 52 in Delhi.