Pakistan set to provide England with a stern test at Lord's

Asad Shafiq can shine with the bat 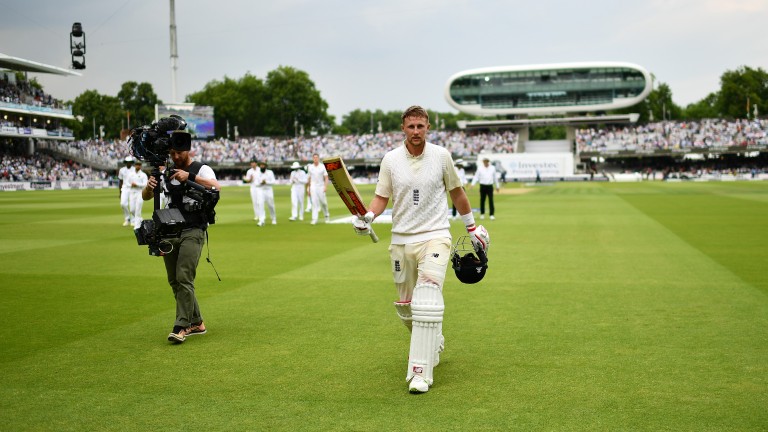 Joe Root made the perfect start to his career as England's Test captain at Lord's last year, scoring 190 in a resounding victory over South Africa, but the pressure is on when he returns to HQ for the first Test against Pakistan.

The 3-1 win over the Proteas was followed by a series of setbacks for Root's side: a shock defeat to the West Indies at Headingley, Ben Stokes's arrest in Bristol, the 4-0 Ashes drubbing in Australia, and the humiliating 58 all out against New Zealand in Auckland.

Those winter disappointments extended England's winless run away from home to 13 Tests but they are just a shade of odds-against to win both Tests against Pakistan.

The tourists had some scares against Test debutants Ireland before completing a five-wicket win at Malahide earlier this month.

However, Pakistan retain the capacity to shock as they proved in last year's 50-over Champions Trophy, upsetting hosts England in the semi-finals and favourites India in the final.

Best bets
Pakistan stunned England at Lord's in July 2016 although only ten of the 22 players who featured in that match are likely to line up again.

The retirements of Younis Khan and Misbah-ul-Haq left Azhar Ali and Asad Shafiq as Pakistan's senior batsmen and Shafiq continues to be underrated by bookmakers.

He scored an unbeaten 186 in the warm-up game against Northamptonshire, 62 in the first innings against Ireland (eclipsed only by 83 from number eight Faheem Ashraf), and has solid course form in England.

Batting at number six two years ago, Shafiq contributed 73 and 49 in Pakistan's Lord's triumph before scoring 109 from number four to help level the series at The Oval. The 3-1 that he reaches 50 in the first innings is a big price.

Ireland's new-ball bowlers Boyd Rankin and Tim Murtagh made early breakthroughs against Pakistan, dismissing the experienced Azhar for four and two and getting rid of debutant Imam-ul-Haq for seven in the first innings.

Imam, nephew of the legendary Inzamam, made an impressive 74 not out in the second innings to steer Pakistan to victory but facing James Anderson and Stuart Broad at Lord's is a serious test for the youngster.

England's openers Alastair Cook and Mark Stoneman will have to weather an early storm from Mohammad Amir and Mohammad Abbas, who shared 14 wickets at Malahide, but the hosts are worthy favourites to post a higher first-wicket stand in the first innings.

At the other end of the England order, take a punt on Paddy Power's 20-1 about debutant spinner Dom Bess scoring a fifty.

An injury to Somerset teammate Jack Leach has thrust Bess into the international spotlight and he has the potential to contribute with bat as well as ball.

He averages 25 after 16 first-class appearances, scoring a century for the MCC against county champions Essex in Bridgetown in March and 92 against Hampshire in his most recent Championship innings.

It's not unusual for England's tail to wag at Lord's – Stuart Broad made 57 from number nine and 38 from number ten in last year's Tests at HQ while number eight Chris Woakes scored 66 against Sri Lanka in 2016.

Venue
2017's thumping wins over South Africa and the West Indies improved England's patchy record at Lord's, where they lost to India in 2014, Australia in 2015, and Pakistan in 2016.

The new ball is a major threat, especially on a cloudy day, but the pitches are generally good for batting. Spinners have come to the fore in recent years, with Pakistan's Yasir Shah and England's Moeen Ali claiming ten-wicket hauls in the past three Tests.

Team news
Rookie spinner Bess is set for a Test debut while Jos Buttler has been recalled as a specialist batsman at number seven with Jonny Bairstow moving up to five.

Paceman Amir (knee) should be fit to lead the attack so Pakistan may well field the same 11 who beat Ireland by five wickets.

Weather
Light cloud is forecast for the first two days with sunshine and highs of 25C on Saturday, Sunday and Monday.