Packers can smell revenge in Atlanta 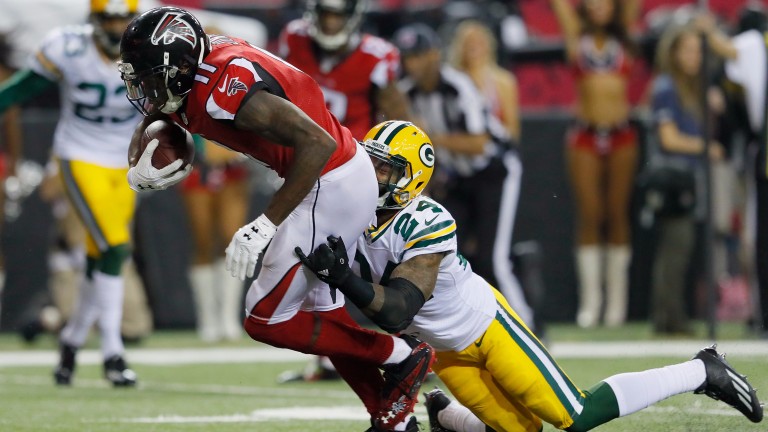 Atlanta make their debut at the new Mercedes-Benz Stadium this week - the first time they have played a home game open to the elements since 1991 - but a trip to Georgia will bring back poor memories for Green Bay.

The Packers lost 44-21 in last season's NFC Championship game at the Georgia Dome when the Falcons cruised to a 24-0 half-time lead with receiver Julio Jones claiming 180 yards and two touchdowns.

But Green Bay should be confident that they can make their mark in Atlanta's new surroundings having had their confidence boosted by an opening victory over another leading light of the NFC, Seattle.

There was a degree of good fortune as the Seahawks had a touchdown ruled out for an opening score when it seemed Aaron Rodgers had thrown a rare pick-six, but Green Bay battled away against one of the strongest defences in the league and were well worth their win.

The Falcons, on the other hand, will be looking for an improvement after they were taken to the wire by Chicago in Illinois.

But at least they posted a victory in the first game following their Super Bowl capitulation against New England in February and Jones could be more heavily involved after playing a bit part in his first full outing after summer foot surgery.

The Packers were ranked 31st against the pass last season but look to be stronger at cornerback but there looks a decent chance that there will be plenty of points - Atlanta also claimed a 33-32 victory in a Week Eight thriller.

The line is at a high mark of 54.5 points but there still looks a decent chance that it will be eclipsed.

Atlanta
Running back Brian Hill is rated questionable with an ankle injury.

Key stat
The points total has gone over the line in nine of Atlanta's last ten matches.