Pack power to give Les Bleus the vital edge 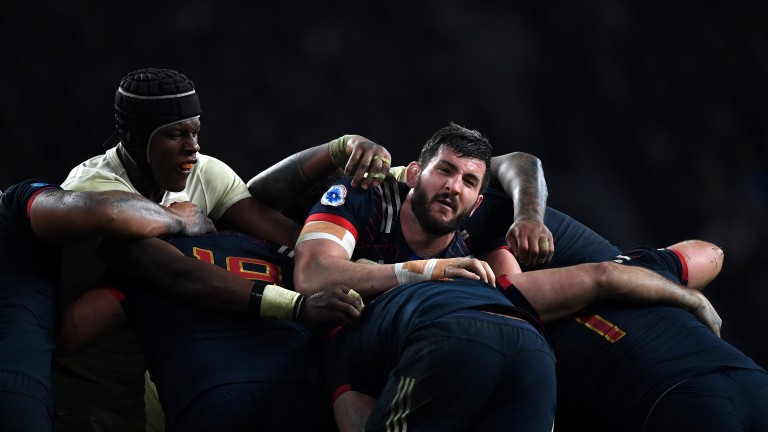 Scotland stole the Six Nations headlines in the opening round by winning an exhilarating game against Ireland.

But just as big a story was the strong performance of France, against an admittedly off-colour England, and Les Bleus look sure to prove formidable opposition against the Scots in Paris.

And the evidence of round one suggests that France have an all-round game, starting with power in the pack, that can prove decisive.

Scotland looked unlikely winners in the first five minutes at Murrayfield as the Ireland scrum had them on the rack, winning penalties at the first two set-pieces.

Unusually the Ireland line-out fell apart and Scotland took their chances brilliantly to go three tries up in the first half an hour.

They then defended with their lives, putting in a huge 213 tackles, but all the other stats – apart from the scoreline – showed the Scots to be second-best.

They had 41 per cent of the possession and 37 per cent of territory, while Ireland made 12 line breaks to four, beat 32 defenders to eight, and made 485 metres to 291.

France showed at Twickenham that their scrum is in good order and there was plenty of attacking enterprise to their play. Where they have struggled in the past has been with confidence and consistency of selection but their decent showing at Twickenham followed narrow defeats to New Zealand and Australia in the autumn, while coach Guy Noves has made only one change to his starting line-up.

One key area of weakness for France is their lack of fitness which stems from the general sluggish pace of Top 14 rugby compared to the Premiership and Pro12, and that looked to tell on them in the later stages on Saturday.

Scotland may look to play at a high tempo again to wear the French players down, but that will depend on winning quick ball and the powerful France pack look well equipped to dominate.

The weather may also be against them at the start as light rain is forecast until early afternoon and conditions may be tricky. The hosts are worth backing to make the stronger start, while whether it’s a tight contest or a more open affair, they should edge it.