Pace ace Powell could be in for a busy evening

Jets rusher can be focus of offence 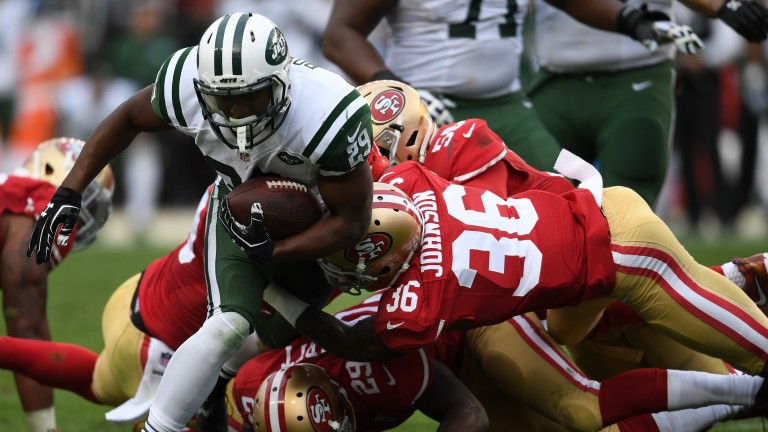 Five wins in their last six games have given Miami an excellent chance of reaching the playoffs for the first time since 2008, but a quarterback change at this key stage of the campaign is some­thing they could have done without.

Ryan Tannehill will miss at least their three remaining regular-season games, including their Week 15 clash at the New York Jets tonight, and the Dolphins have to put their faith in replacement Matt Moore, who has not started a game since 2011.

Victory in a match a day before most of the other action takes place would push Miami into the sixth seeding in the AFC, but their recent fine form has to be put into some perspective.

None of the wins in that run came against a team who have collected more than five victories this season and none were by a margin greater than seven points.

The Jets have had their own quarterback issues with Ryan Fitzpatrick being benched for Bryce Petty, who is still finding his feet judging by his perform­­ance in last week’s win over San Francisco when he was sacked six times.

The amount of plays he can hand to Matt Forte may be limited as well as the former Chicago running back has a knee injury.

So not much faith is being put in either quarterback as the total points line is a modest 37.5, but that does not take into account that Tannehill and ex-Jets starter Fitzpatrick were still able to muster 50 points between them when the sides met in Week Nine.

With Forte’s contribution in doubt, it could prove to be another big game for Jets running back Bilal Powell.

He went over for two touch­downs in their win over the Jets last week and, having had 29 carries in that game, he could be utilised regularly again.

Recommendation
B Powell to score a touchdown
1pt 13-10 bet365

Team News
Miami
Quarterback Ryan Tannehill has been ruled out for the rest of the regular season with a knee injury and Matt Moore will start in his place.

New York Jets
A late decision will be made on running back Matt Forte, who suffered a knee injury in last week's win over San Francisco. Defensive lineman Steve McLendon will miss the game with a hamstring injury.