Overlooked Dragons ready to roar back into winning form

Wales can deny Ireland and England a Grand Slam showdown 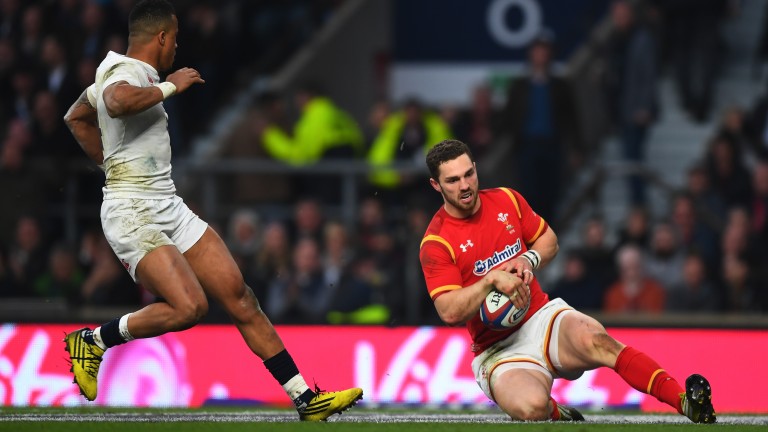 George North slides in for a try in defeat for Wales against England
Getty Images
1 of 1
By Graham Woods 2:29PM, FEB 3 2017

This year’s Six Nations has been set up as a two-way contest between England and Ireland, and the big two are due to meet in what organisers hope will be a Grand Slam shootout in Dublin on the final day.

There isn’t much of an argument to be made over whether they are the two best sides in the tournament. England are the holders and Grand Slam champions with 14 consecutive wins under their belt, Ireland claimed two massive scalps last year with a first victory on South African soil and a historic win over the All Blacks.

But the best team aren’t always the best bet, and with so much focus on the top two there are some big prices around for those who fancy an upset.

Wales have been largely dismissed, mostly because of underwhelming performances in the autumn and doubts over the direction of stand-in coach Rob Howley.

There’s no doubt they need to step up a gear and need to go into their matches with a clear gameplan that they stick to and execute.

But they have players who are not only able to do that but have proved it in the past and amid all the clamour for the top two teams, the Welsh dragons could just give punters a run for their money this year.

The biggest point in their favour is that they face England and Ireland at home. The Irish have a decent record in Cardiff, with nine wins in their last 12 visits, but this is a Friday night shootout with an intimidating atmosphere surely guaranteed, and bookmakers have Wales as one-point favourites.

And while England swept all before them last year, Wales came closest to denying them as they outscored them three tries to one in a 25-21 defeat at Twickenham. England conceded only four tries in the tournament, three of them in that one match when they were hanging on at the end.

Winning both those games will be a huge ask but both market-leaders have key injury concerns that make their prices look too short.

Mako Vunipola is missing from the England front row while Joe Marler Dylan Hartley are only just back from layoffs. But the key absentees are number eight Billy Vunipola, whose ball-carrying is such an essential part of England’s go-forward, and Chris Robshaw, who along with Vunipola always tops the tackle charts for the Red Rose. Defence is a cornerstone of Six Nations success and of England’s gameplan and those losses of personnel are huge.
Ireland’s injury issues are not so significant and they also have England at home, while their record in Cardiff is strong.

But the news about fly-half Johnny Sexton’s injury is worrying, and it’s clear that the policy is to continue to freeze out Ian Madigan after his move to France while Leinster young gun Joey Carberry is only just returning from injury.

Given that their kicking game is such a vital part of Ireland’s plan and that outside their half-backs there are few kickers in their line-up, disruption in that key area is something Ireland could do without and they face a tough test in their opener against improving Scotland.

Wales also have a tough first-round match in Italy, and they are side who thrive on confidence, so a big performance first up will be vital. They will need not only to win but to win well if they are going to go into next weekend’s crunch clash with England in the right frame of mind.

Powerful number eight Taulupe Faletau is a key absentee for week one but he should feature later and the good news is that scrum-half Rhys Webb is fit to start, while Justin Tipuric’s selection at open-side adds to the attacking options.

Getting behind the Welsh at 9-1 could be a case of high-risk high-reward, just the kind of scenario Wales defensive coach Shaun Edwards likes.

Backing Wales to come top of the pile is obviously a long shot and they have two high-flying teams to overcome so it’s worth taking a little insurance that they find one of those rivals too tough to break down.

The 9-1 about Wales winning the tournament looks huge, and while the 2-1 about a top-two finish isn’t quite as enticing it still represents a reasonable piece of insurance.

But if Wales look seriously underrated, one team who continue to be overrated are fading France, who haven’t finished in the top half of the table since reaching the Rugby World Cup final in 2011.

They were fifth last year and with three away matches this time and Scotland boasting their strongest squad ever, it’s hard to see them doing any better.

Their summer tour to Argentina (one win, one loss) was hampered by the unavailability of players involved in the Top 14 playoffs, but that tells its own story as French rugby continues to be dominated by the club game to the detriment of the national side.

Narrow defeats to Australia and New Zealand in the autumn read well, but they faced a second-string Wallaby side and performances in the autumn may flatter the French, who look good in open contests but struggle to break down well-drilled and organised sides.

Their fitness is poor, there is no continuity to selection – their ten Tests in 2016 featured seven different half-back combinations – and head coach Guy Noves seems to be on a different page from the rest of the Six Nations sides, setting his players up to play off the cuff when every opponent is planning down to the last detail.