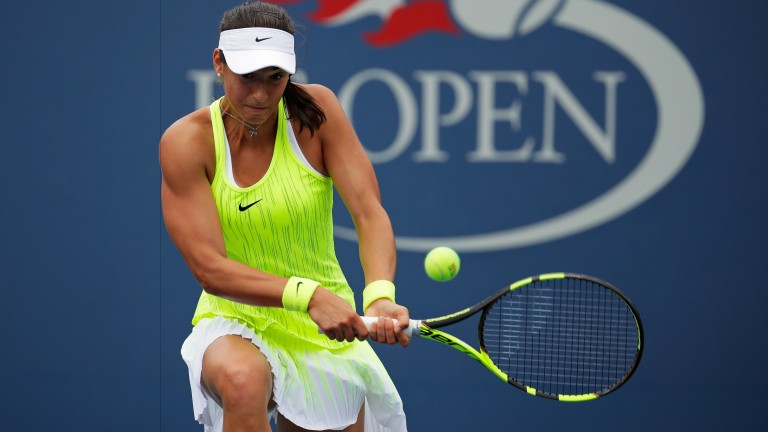 The WTA Tour season is winding down but there is still time for titles to be won and this week the best of the women’s action can be found at the Engie Open de Limoges.

French players have a strong grip on the tournament with Alize Cornet, Oceane Dodin and Caroline Garcia heading the betting. German Mona Barthel is 12-1 behind them in the market.

It’s no surprise to see Cornet priced up as 9-4 favourite. The fiery 26-year-old has picked up some big scalps in recent tournament, including Venus Williams and WTA Finals champion Dominika Cibulkova.

Dodin is young, talented and climbing the rankings quickly but the tall 20-year-old, who won her first WTA Tour title in September when defeating Lauren Davis in the Coupe Banque Nationale final before following up with an ITF title at Poitiers a month later, is a short price based on her achievements in comparison to her compatriots.

Garcia, the outsider of the trio but unquestionably talented, is the one who really catches the eye. The powerful 23-year-old won this tournament last year but has produced a string of average performances in recent weeks.

That was the case until this weekend as Garcia roared back to form in the Fed Cup against Czech Republic, beating bona fide WTA stars Petra Kvitova and Karolina Pliskova and she rates a decent selection at 4-1 if she can keep that run going.

No prices were available last night for the Taipei Open, for which Kiki Mladenovic is the number one seed.