O'Sullivan has the experience to thwart plucky Perry

Rocket can take title in style 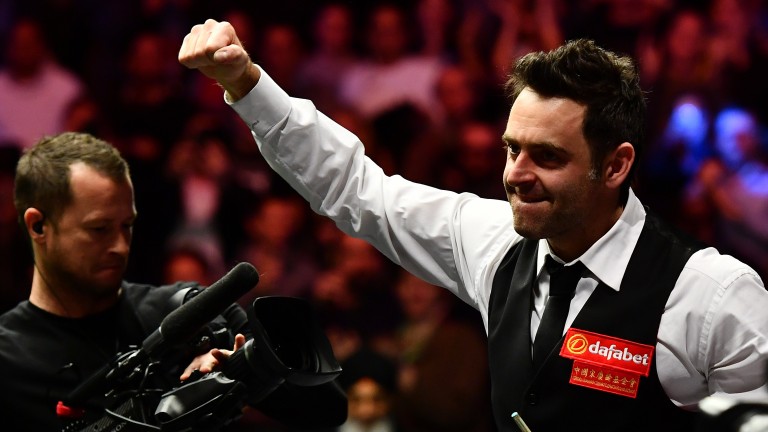 Joe Perry displayed plenty of grit and determination to book his place in his first Masters final but the Gentleman’s hard work should be undone by reigning champion and red-hot favourite Ronnie O’Sullivan.

Perry has had to dig deep this week and he won four consecutive frames to snatch victory from the jaws of defeat in yesterday’s semi-final against last year’s runner-up Barry Hawkins.

Hawkins’s nerves got the better of him 12 months ago when going down 10-1 to O’Sullivan and Perry, chasing only his second ranking title, may find himself in a similar situation.

The Wisbech cueman is more than capable of putting in a good performance but playing the best players on the biggest stage forces mistakes and O’Sullivan, chasing his seventh Masters title and appearing in his 12th final, is all too familiar with what it takes to cross the winning line.

The Rocket is as short as 1-7 to retain his title and he has dealt with everything that’s crossed his path this week. The 41-year-old defied illness to beat Aussie ace Neil Robertson 6-3 in his quarter-final and then produced his finest snooker to overcome the heavy scoring of the rejuvenated Marco Fu in yesterday’s last-four clash.

Veteran Perry has little experience of challenging for major honours and the gulf in class should tell. The Rocket can run out a ready winner and backing the 10-5 and 10-6 scorelines is an option well worth considering.