Ulster ace Piutau can crash over at struggling Kings 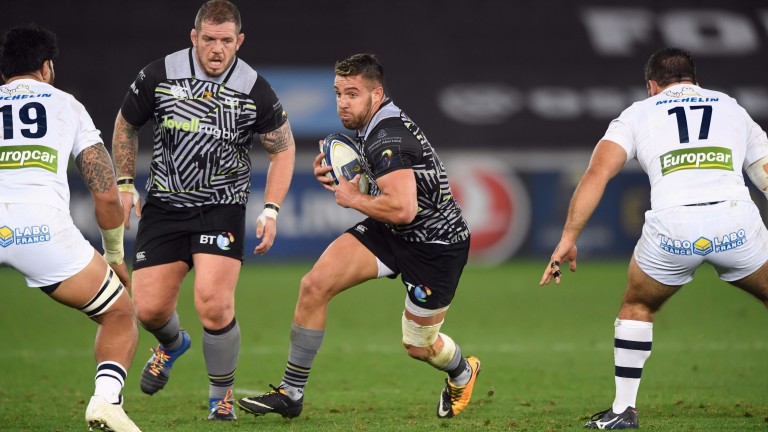 Ospreys have finally found some form and look worth a wager with a four-point start at Edinburgh.

The Liberty lads won 13-9 at Myreside last season and their bonus-point win over the Dragons last weekend followed narrow losses in the Champions Cup to treble-seeking Saracens, runners-up Clermont and Conference B pacesetters Scarlets in the Pro14.

Ospreys played well for long periods in defeat to Munster and their only truly surprising reverse was in Treviso, but the Benetton boys look an improved side this season and won 20-17 in Edinburgh in September.

Edinburgh avenged that defeat cosily last Saturday to make it four wins in a row in all competitions but the run began with a one-point success over Zebre and ex-Leicester head coach Richard Cockerill may not have hardened up the Scottish capital outfit as much as early wins over Cardiff and Dragons suggested.

In Port Elizabeth, Ulster will be looking to take out their frustration at a few disappointing recent efforts when they play the winless Southern Kings and ace full-back Charles Piutau looks a cracking price for a try at 6-5.

The Kings, who get a 19-point start, have also had to fly to South Africa from the northern hemisphere this week so an expansive game can be expected and electric, elusive-runner Piutau thrives in such circumstances. The Kings have conceded 38 tries in seven games.