Osasuna should have the beating of Albacete

Reds are value for Copa victory 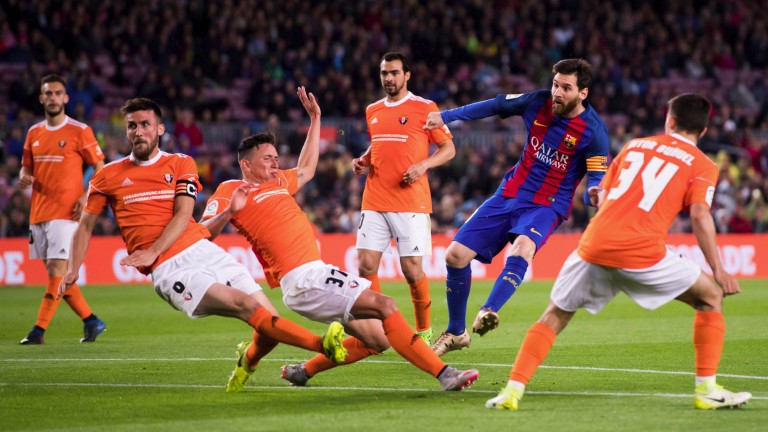 Osasuna can put their league woes behind them by beating Albacete in round two of the Copa del Rey in Pamplona.

The Reds, relegated from the Primera Division in May, are already struggling in the Segunda with just a couple of points to show from their efforts in three fairly nondescript matches.

Relegation, of course, meant a massive summer overhaul in their playing staff and their performances have actually been better than their results would suggest. Their only defeat, for example, was at Cultural Leonesa in a game they were winning 1-0 with ten minutes to go. But, down to ten men after central defender Oier’s late dismissal, they conceded twice in a dramatic finish.

Coach Diego Martinez knows the importance of a first win so has insisted that this cup tie will be taken seriously.

That in turn should mean that Martinez will once more field his new central midfield pairing of ex-Arsenal and Atletico Madrid youngster Fran Merida and Joaquin Arzura, a summer signing from River Plate who he helped to Copa Argentina glory in December.

Osasuna will find their feet and should be a force in the Segunda over the course of the campaign, and even though their start to the season has been poor, it has been marginally better than Albacete’s.

Albacete, promoted from regional Segunda B in the spring, are finding life in the second tier seriously difficult and have failed to find the net in their opening three fixtures.