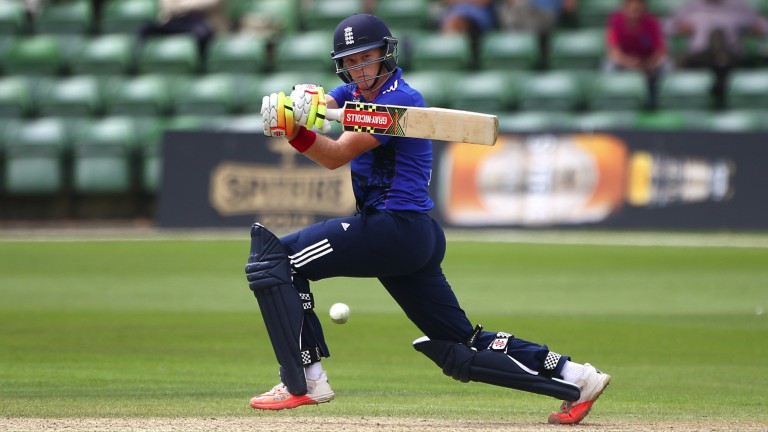 England's bowling attack came in for some rough treatment during their one-day series defeat by India and the runs look set to flow again as they begin the final leg of what has been a chastening tour.

The Lions conclude their three-month trip with three T20 internationals beginning in Kanpur – a ground where India have a fantastic one-day record.

India have won nine of their last 12 50-over contests at Green Park and although they have never contested a T20 at the venue, bookmakers expect Virat Kohli’s men to heap further misery on their beleaguered foes.

The hosts are 4-5 to win in Kanpur and 8-11 to claim a clean
sweep of series victories.

However, all is certainly not lost for England. While their bowlers have toiled in recent weeks, their dynamic one-day batting line-up has come to the party.

The Lions compiled scores of 350-7, 366-8 and 321-8 in the ODI series and had they handled the pressure moments better, Eoin Morgan’s men could conceivably be heading into the series on the back of a three-nil one-day series win rather than 2-1 reverse.

Morgan has maintained his belief that this is the best limited-overs side he has been a part of and by selecting a settled side, England have given themselves the best possible platform to build on. They look to have been dismissed too lightly by the layers and are the value bet at 6-5 to gain some solace by winning the 20-over series.

Talisman Joe Root is fit to play again and should slot in at number three behind an exciting opening partnership of Jason Roy and Sam Billings, who is set to deputise for Alex Hales.

Despite calls for his inclusion during the Test series, Billings has had to wait patiently for his chance, and crucially on Indian wickets, he is regarded as one of the best players of spin on the county scene.

Thankfully for Billings and his teammates, tormentor-in-chief Ravichandran Ashwin and sidekick Ravindra Jadeja have been rested for the series but the Indians still have plenty of spin options in their ranks and Billings will be key to negating that threat.

The Kent batsman warmed up for the tour with a productive Big Bash campaign with the Sydney Sixers, notching scores of 42, 40, 40 and five in four innings.

He followed that with a composed 35 at the top of the order in the final ODI and will be keen to press his case for a more permanent role in the limited-overs set-up. Coral go 5-1 about him topping England’s series runscoring charts which looks an enticing price.

Billings’ inventiveness should dovetail nicely with Roy’s power-hitting at the top of the order and the small Kanpur venue should play to their strengths today. Bookmakers have set England’s first-wicket partnership line at 22.5 runs which is a mark well within their compass.