Best bets in the Sky Bet Championship, League One and League Two 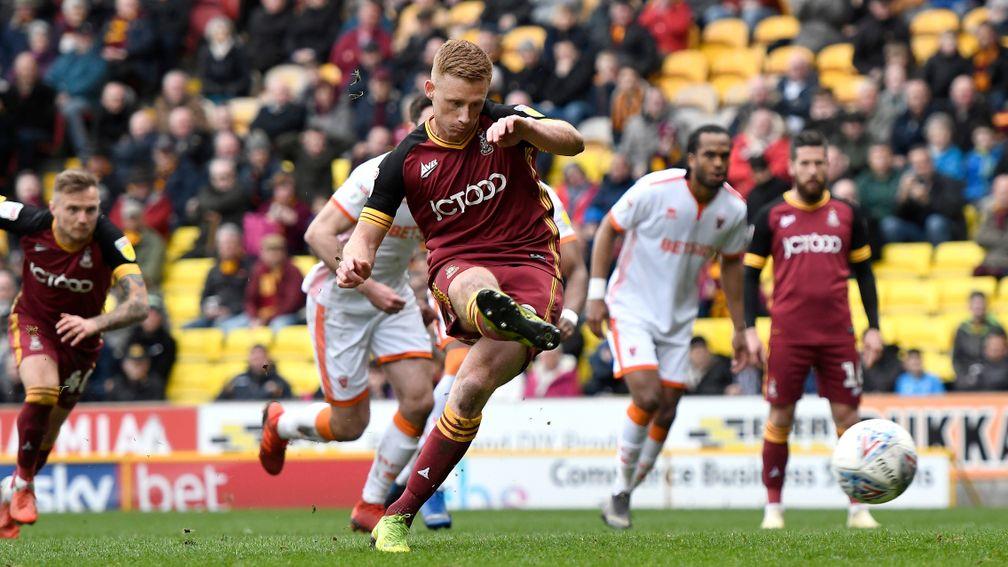 It's a new season and new hope for Bradford after last season's relegation to Sky Bet League Two with many predicting an immediate promotion for Gary Bowyer's side.

A big crowd will be at Valley Parade to see Bradford's new beginnings and it should be a winning start at home to Cambridge.

Bowyer has been backed in the transfer market with strikers Clayton Donaldson and James Vaughan the headline arrivals, dropping down the leagues. Midfielder Matt Palmer is another taking a step into a lower level from Rotherham.

Centre-back Ben Richards-Everton won the title with Accrington the last time he was in League Two and former Wolves winger Zeli Ismail, an inconsistent but talented performer, has the ability to cause mayhem in this division.

Shay McCartan returns from a loan spell at Lincoln where he won League Two and Hope Akpan, Jermaine Anderson, Sean Scannell and Eoin Doyle are eye-catching players to have remained at the club despite last season's relegation.

Mismanagement cost Bradford last season but having got rid of chairman and chief executive Edin Rahic there is renewed optimism of a much better season for a well-backed club.

Cambridge, 21st last season, were unable to tempt magician Wes Hoolahan to the club after a brief flirtation in pre-season and that will have surely been a blow to coach Colin Calderwood.

The Cambridge fans could have done with a boost after Brad Halliday headed to Doncaster and star attacking talent Jevani Brown stayed in the division but joined Colchester.

Three players - none over the age of 20 - signed for Oldham this week in an apparently desperate move to boost squad numbers but Athletic look short of quality for their opener at Forest Green.

Former Monaco manager Laurent Banide is the latest man entrusted with coaching players brought in by owner Abdallah Lemsagam in what has been a mainly shambolic spell.

Classy Callum Lang has returned to his parent club Wigan following an excellent spell, like Bournemouth's Sam Surridge before him, which should weaken the Latics in the final third.

They are also short of defensive quality with experienced Peter Clarke deciding to try his luck at Fleetwood and star centre-back partner George Edmundson heading to Rangers.

Forest Green were 12 points superior to Oldham last season and should be just as dominant in the final standings this term.

Reece Brown (Huddersfield) and Christian Doidge (Hibs) are key departures for Rovers, who were beaten in the playoff semi-finals last term, but their recruitment has generally been decent and certainly good enough to trust them to have signed the right kind of replacements.

Aaron Collins scored plenty for Morecambe last season in a poor side and former amateur boxer Matty Stevens is an intriguing arrival from Peterborough having landed several knockout blows in non-league football.

Rotherham put up a strong fight before suffering relegation last season and boss Paul Warne is right to be targeting a top-six finish for his side on their return to Sky Bet League One.

If Rotherham are to be at least a playoff side then it is questionable whether they should be outsiders at AFC Wimbledon.

Warne was not left in much of a spin by the sales of Will Vaulks and Semi Ajayi to Cardiff and West Brom respectively given he was able to go large to bring Freddie Ladapo to the club.

Ladapo scored 18 goals for relegated Plymouth in League One last term and can thrive alongside big Michael Smith.

Rotherham were unable to mix it in the Championship but travelling to a Wimbledon side who stayed in League One on the final day of last season should be much more to their liking.

Wally Downes worked wonders to keep the Wombles up and yet their lack of firepower always leaves them vulnerable.

Wimbledon scored the fewest goals (42) last season and massively struggled to compete with the stronger sides in the league.

Their 20 matches against the top ten resulted in two wins, five draws and 13 defeats.

There is one match missing from the opening weekend of the EFL season as Bury's fixture against MK Dons was postponed with the Shakers in a perilous financial position.

It would be a terrible shame if Bury went to the wall and hopefully they can find a solution to survive, but there needs to be a rule in place which stops teams overspending to secure promotion.

Bury were unable to pay their players for 12 months, the Gigg Lane offices were shut and it was reported that £1.6m was needed to pay wages, HMRC and pensions by the end of May.

Their squad included former Premier League striker Nicky Maynard, who scored 21 goals and Danny Mayor, arguably the best individual in the division. Both remain in League Two but at wealthier clubs in the shape of Mansfield and Plymouth.

Bury could not afford to have that kind of talent on the pitch and therefore should not have been able to advance to a higher league at the expense of clubs who are run sensibly within their means. Maybe the 20th team in League One shouldn't have been relegated.

The rule should be that if you can't pay your staff you can't get promoted, otherwise there will always be teams tempted to gamble the future on immediate results.

BankerBradford 10-11Gary Bowyer has signed well for Bradford, who have a hefty budget by League Two standards. They should make Valley Parade a fortress in what is expected to be a promotion push this campaign.

BlowoutDoncaster EvsOnly three players remain for Doncaster from the starting 11 in their playoff heartbreak against Charlton. Gillingham, under the brash Steve Evans, can make life difficult for Darren Moore's men.