The Blues can strengthen their title credentials 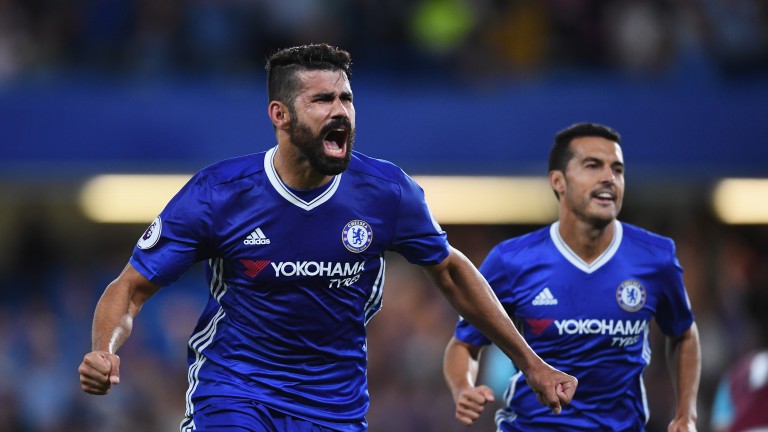 Chelsea are number one in the Premier League betting after winning eight games in a row for the first time since 2010, and they should have another hit on their hands when they play West Brom.

The Blues were cut to 5-4 for the title after their 3-1 victory at Manchester City and have a great chance to increase the pressure on their title rivals before the end of the year.

All of their five remaining matches in 2016 are against teams outside the top six and a maximum haul of 15 points could see them open up a handy advantage.

The Blues have shown tremendous character recently when coming from behind to defeat Tottenham and City, but they must not return to the sort of complacency which contributed to a 2-2 draw at Swansea in September.

There have been many positives for Antonio Conte to take from Chelsea’s recently form but the Italian is a hard taskmaster and will not have been happy with his team’s first-half performance against Spurs and City.

Chelsea did not defend particularly well in either match but had the firepower to shoot themselves out of trouble.

A similar story may unfold against West Brom as Albion have been scoring freely and have the capability to put Chelsea’s back three under pressure.

They are a typical Tony Pulis side – their default setting is to defend, but they pose a threat on the counter-attack with the pace and power of Salomon Rondon and Matt Phillips. They are also dangerous from set-pieces with centre-back Gareth McAuley adding his considerable aerial presence to the mix.

Albion will be happy to concede possession – they have had less of the ball in 13 of their 14 Premier League matches – but have scored in nine of their last ten league games and have found the net in every away game since losing 1-0 at Bournemouth on September 10.

West Brom’s problem is they are nowhere near as solid at the back as they would like to be.

Full-backs Craig Dawson and Allan Nyom are big physical players but they tend to struggle when up against quality wide men, and Chelsea have that in abundance with Victor Moses raiding down the right and Marcus Alonso getting forward to good effect on the left.

Chelsea’s toughest challenge will be trying to find a path through the congested heart of Albion’s backline, but unlike many top-flight teams they have the option to go direct into buccaneering centre-forward Diego Costa.

One of the reasons Chelsea have been so successful this season is they have different ways of playing and winning matches.

Only the best defences have been able to keep them under control and most of Chelsea’s recent opponents have failed miserably.

Conte’s side have scored at least two goals in seven of their last eight league fixtures and another free-scoring performance can make sure of the points, although there is every chance Albion will give them a scare along the way.

Team news
Chelsea
Nemanja Matic has recovered from a muscle strain and will battle Cesc Fabregas for a place in midfield. Oscar (illness) misses out.