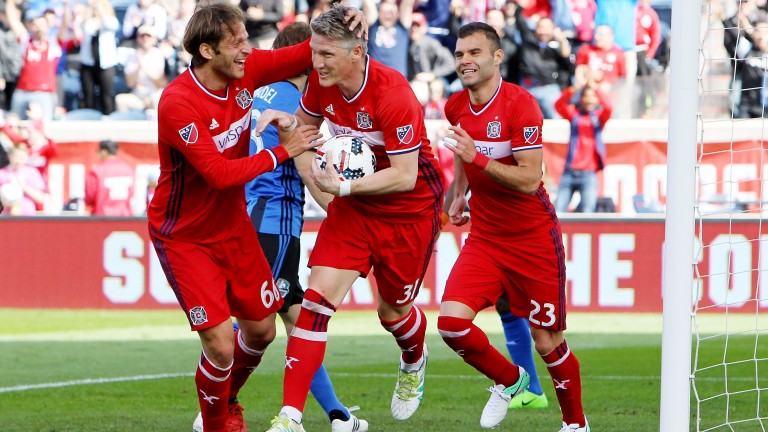 Combine Chicago’s strong form at Toyota Park with both sides’ ability to find the net and there’s a case for backing the hosts and goals in this Eastern Conference clash.

Atlanta head for Illinois as the top goalscorers in MLS – yet they are two places and two points outside the playoffs.

Chicago, meanwhile, have lost just once at home in the past 14 months, and that was against heavyweights Toronto.

They have won five in a row on their own patch and can make it six in a game featuring over 2.5 goals. That combo is a 7-5 chance with Coral.

The Fire are unrecognisable from last season with Bastian Schweinsteiger the canniest of acquisitions to give some class and clout to central midfield. Nemanja Nikolic is the league’s leading scorer with 11 and they find themselves second in the conference and looking strong.

The last real blemish was a 4-0 loss at Atlanta back in March, though it’s worth noting that Chicago were down to ten men after just 11 minutes.

And anyway, Atlanta scoring goals is no surprise. They have bags of pace out wide and plenty of goalscorers, among them Miguel Almiron, though he jets into the Windy City having played 77 minutes for Paraguay in Peru on Thursday night.

Both teams have scored in Atlanta’s last nine proving that defensive frailties are a headache coach Tata Martino has yet to sort out.