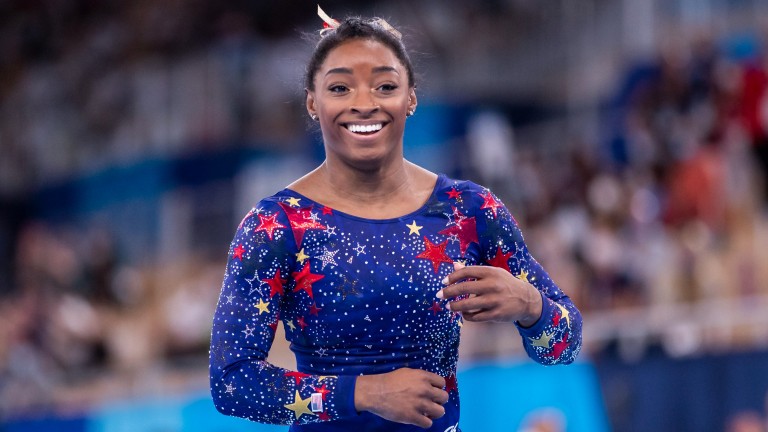 Three things to watch out for in the Tokyo 2020 Olympic Games on Tuesday.

Jamaica's Natoya Goule won her heat and her semi-final tidily enough and has the pace to scare favourite Athing Mu.

The big news from the Ariake Arena is that superstar Simone Biles is bracing herself for one last hurrah in the women's beam final.

The classy American gymnast has not competed since last week's team final, where she performed on vault but no other apparatus before withdrawing to protect her mental health. Biles has subsequently missed four other finals.

The 24-year-old, bronze medallist on the beam five years ago, now has a chance of a seventh Olympic medal. Given that she only qualified in seventh place, however, she'll be up against stiff competition with China's Guan Chenchen off the scale in her qualifying routine.

Team GB's hopes of winning a medal in the two-lapper look solid enough with three athletes – Alex Bell, Keely Hodgkinson and Gemma Reekie – all qualifying for the final.

The money suggests they will all be chasing home the extraordinary American teen prodigy Athing Mu, who is just 19 and ran the fastest time in the world in US trials, 1:56.07.

Jamaica's Natoya Goule, 11 years Mu's senior, is probably the big danger although Reekie has dipped under one minute, 57 seconds this year and Hodgkinson seems to improve every time she sets foot on the track.

Top seed Pat McCormack goes for gold for Britain in the men's welterweight final but it is no great surprise that a Cuban is standing in his way.

Roniel Iglesias, a four-time Olympian and three-time medallist – he won gold in London – beat Russia's 2019 world champion Andrei Zamkovoi on all five cards in his semi-final and he'll be a massive obstacle for McCormack.

Washington fighter McCormack had a far easier route to the final after his last-four opponent, Ireland's Aidan Walsh, was forced to withdraw through injury.