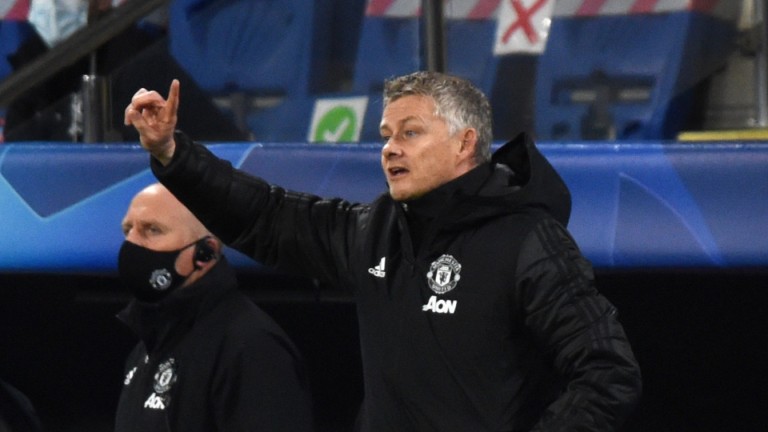 Ole Gunnar Solskjaer is 8-11 with Hills to have presided over his last match as Manchester United manger after the Norwegian watched his side humiliated 5-0 by fierce rivals Liverpool at Old Trafford.

Man of the moment Mohamed Salah helped himself to a hat-trick as four of Liverpool’s five goals came in a rampant first-half display.

Naby Keita opened the scoring for the Reds after only five minutes before Diogo Jota doubled the visitors’ advantage just eight minutes later.

It was the Salah show after that double salvo as the prolific Egyptian netted a treble – taking his tally to the season to 15 goals in 12 appearances.

Salah, who has scored in all but one of his matches for the Reds this season and in each of his last ten, turned in Keita’s pullback for his first goal and capped off a rampant first-half showing in the final minute of first-half stoppage time.

It was the first time United had ever been four goals down at half-time in a Premier League fixture but things went from bad to worse in the second half as Salah completed his hat-trick just five minutes after the break, latching on to Jordan Henderson’s through ball before clipping his finish past David de Gea.

Cristiano Ronaldo appeared to have given the home fans at least something to cheer two minutes later but his effort was ruled out for offside by VAR.

And United’s humiliating afternoon was compounded on the hour mark as Paul Pogba, only introduced by Solskjaer as a half-time substitute, was sent off for a heavy tackle on Keita.

Solskjaer was last night 1-5 to be the next Premier League manager to leave his post and Hills are already betting on who may replace him in the Old Trafford dugout.

Former Chelsea boss Antonio Conte, who last season led Inter to the Serie A title, is their 6-5 favourite, with Zinedine Zidane 7-4 to take his first management role in England’s top flight.

For Liverpool, it was another statement of their title aspirations as Jurgen Klopp’s men moved up to second in the Premier League table – one point behind leaders Chelsea, who dealt out a thrashing of their own on Saturday when they thumped Norwich 7-0 at Stamford Bridge.

Champions Manchester City are a point further back but remain the odds-on favourites to retain their crown, with Liverpool 5-2 second-favourites and current leaders Chelsea 3-1. It’s 100-1 bar.