Oddsmakers wary after being stung by Brexit and Trump

Politics traders are in anxious mood after recent shock results 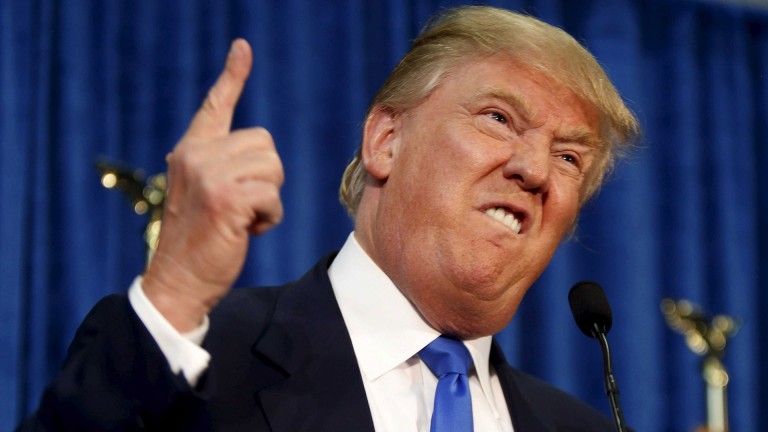 Everyone knows Labour can’t win the election, don’t they? But then everyone knew the Conservatives wouldn’t get a majority in 2015, didn’t they? And that Jeremy Corbyn could never win the Labour leadership.

Everyone knew the UK wouldn’t actually vote to leave the European Union and that there was no way in the world that Donald Trump could become president of the United States.

So it’s perhaps understandable that bookmakers have been jumpy in recent weeks when the tenners and £20 bets have begun to come in for Jeremy Corbyn’s team. And many, not a few.

The Islington North MP was 200-1 when colleagues who didn’t even support his candidacy helpfully nominated him in order to “broaden the debate” of the 2015 leadership election.

More shocks have followed but bookmakers have differing views on which of the upsets they have suffered came as the biggest surprise.

Betfair’s Barry Orr and Peter Spencer of Betfred both plumped for Trump. “After opening as a joke candidate he pulled off the biggest upset in political history,” said Orr.

“There was no indication he was going to win until well into the count,” said Spencer. “The reporting in the UK had been based around his more outlandish statements. We did not have any real idea of what the average American who was not feeling so happy with their lot was thinking.”

However, BoyleSports’ Jason Hunter and Matthew Shaddick of Ladbrokes said the Conservative majority in the 2015 general election was the bigger shock for them.

“Brexit and Trump were not implausible given the polling, but the the total failure of the UK pollsters in 2015 was something we hadn’t bargained for,” said Shaddick.

Betway’s Alan Alger said: “Brexit was probably the most surprising for us, given the apparent concession of Nigel Farage on the night and the very short price at which Remain was trading well after the polls closed.”

The 45th president of the United States likes to tower over his rivals so he would no doubt be delighted to hear that his victory thumped bookmakers the hardest.

“Trump was the biggest loser,” said Orr. “The election caught the imagination of everyone so turnover was up on what we’d normally expect for a US election. More than 60 per cent of bets taken were on Trump.”

Hunter observed that Trump had been popular with punters who otherwise wouldn’t touch politics, and Alger added: “Trump was the best result for recreational punters, particularly those who were able to back him at extremely long odds before he had even secured the Republican nomination.”

The succession of political punches has left the oddsmakers scratching their heads and trying to spot a link between the expensive surprises.

“You could argue that the commentators, pundits and ‘experts’ might all have had a failure of imagination around those events given that they were all outcomes that the affluent and well-educated sections of society would mostly have been opposed to,” said Shaddick. “Perhaps the odds were too big as a result.”

“A link could be made between Brexit and Trump in that the established political order was rocked,” said Orr.

So have the shock results caused the bookmakers to axe polls as a key predictor of results? Not at all.

“I would argue that the polls were not as wrong as people commonly believe,” said Orr. “All three results were within the margin of error of most major polls in the days preceding the votes.

“While polls are a useful guide, they are also an inexact science and should always be analysed with this in mind.”

“The polls were only wrong in the UK one. Seven of 12 pre-Brexit polls were correct and Trump was in the margin of error,” said Hunter.

Shaddick agreed with a sage observation made by the Racing Post’s Kevin Pullein, that while polls in the recent French presidential election were praised for being correct, they had actually been less accurate than the celebrated poll failures.

“The polls weren’t too far off in either the EU referendum or in the US,” said the Ladbrokes compiler.

“In fact, they missed the final vote shares of Macron and Le Pen by more than either of those other two examples, but nobody cares about that, because it didn’t change the overall result. Polling is still probably the best way of estimating voter intentions on the day.”

Pullein explained: “I don’t follow politics but I do take an interest in polls – a difficult combination to manage, I know – because I am interested in and try to learn from all attempts at prediction.

“My understanding is that the French election polls were pretty accurate for the first round but were way off in the second round, in the sense that they got the winner’s margin of victory wrong by about ten per cent, which is an enormous amount.

“No one complained much about those polls because they were forecasting a clear winner (Macron)and he won by even more.
“People tend to complain only when the error in polls leads to a different candidate or party winning.”

What’s most interesting now is how both sides of the punting battle react to the recent results when tackling future events.

Are punters more likely to take a gamble on outsiders? Are bookmakers using new approaches to pricing up political markets? Yes and yes is the answer.

“It’s definitely happening again,” said Rupert Adams of Hills. “We’ve been fielding loads of £20 and £50 bers on a Labour majority and Corbyn to be the next prime minister. The weight of money is still with the Tories, but there are so many Labour bets at big prices.”

“We are certainly seeing quite a willingness to take on the established favourite. Labour have received 67 per cent of the bets in our most seats market,” said Orr.

“I think the huge amounts of money we took on Le Pen was exactly down to that, and it looks very similar with the surprising volumes of cash we’ve seen for Corbyn and Labour,” said Shaddick.

Hunter claimed that punters had gone too far in their desire to find the next big-priced beauty.

“Le Pen was popular at prices that were never anywhere near value when she was 20 points behind in the polls,” he explained. So what are the firms doing differently this time? For Betfair, it has meant taking an even keener interest in providing markets for political punters.

“Brexit and the US election were the two largest events in the history of the exchange in terms of volume matched. This led us to identify politics as a huge area of potential growth, and we think that is reflected in our market coverage,” said Orr.

“We’re a bit more cautious about relying on polls and reacting and extreme media hype, and a lot more likely to pay attention to the volume of bets we’re taking,” said Shaddick.

Betfred’s Spencer said: “The political triple whammy has made us take this general election extremely seriously with dedicated staff appointed to the book. We were amazed at the interest in the French election. We saw that as further proof that political punting is growing fast.”

However, Hunter said that BoyleSports’ approach has not changed dramatically this time.

So what would it take to get the oddsmakers chewing their nails frantically over the next week?

We’ve known that Jeremy Corbyn has had Momentum behind him since he first declared his candidacy, but what signs will bookmakers be looking for before they slash the prices on another shock?

“Constituency betting tends to attract some shrewd customers,” said Shaddick. “If we’re seeing money for Labour to hold on to some of their very small majorities, I might start to wonder whether we could be in for another surprise.”

“It’s vital that we keep abreast of all opinion, not relying on print or TV reports but following developments on social media as well,” said Spencer.

“We’re certainly taking nothing for granted,” said Adams. “If the stream of money for Labour becomes a flood we’ll have to take it seriously.”