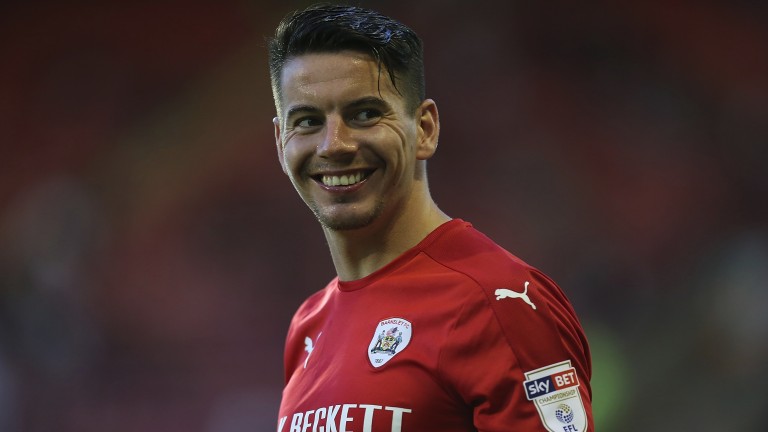 Bet on referee Oliver Langford having to show only a small number of cards in the Sky Bet Championship match between Barnsley and Preston.

Back under 45 booking points at 6-5 with Hills. Each yellow will count as ten and each red as 25.

There have been a lot of high bookings make-ups this season at Oakwell, but there are grounds for thinking there will be fewer in future, and that the chance of a make-up below 45 today might be better than anticipated by odds of 6-5.

Everywhere in the Championship there have been a lot of cards shown this season. The average make-up has been 43, even higher than in the Premier League. Even so, 56 per cent of games have finished with a make-up below 45.

As have 15 of the 22 Football League games refereed by Langford, a good and established official – this is his ninth season in the Football League – who shows a card when one is required, but not otherwise.

As mentioned, there have been a lot of cards this season at Oakwell, though most of them were not shown to players wearing the red shirt of Barnsley. Only five out of 15 Championship games there have featured a bookings make-up lower than 45.

However, an abnormally large number of cards in one batch of games tends to be followed by a lower number in the next batch of games. That does not happen all of the time, but it does happen most of the time.

So there are no guarantees but there is justification for hoping that low bookings make-ups at Oakwell will occur more frequently in future.

A big influence on the number of cards shown in a match is the difference in ability between the teams. The more closely contested the play the more likely a high bookings make-up becomes.

And play at Oakwell today may be finely balanced. Barnsley and Preston are both decent Championship teams. Result-related markets suggest each is about as likely to win as the other.

Given what has happened elsewhere in the Championship this season it is arguable that the chance of a bookings make-up below 45 in this sort of fixture typically would be about 56 per cent. But odds of 6-5 imply a 45 per cent chance of a bet succeeding.

The chance of a make-up lower than 45 at Oakwell is smaller than 56 per cent – we must make some allowance for the flurry of yellows and reds in earlier games – but there are reasons for thinking it might not be as small as 45 per cent.

Hartlepool boss Dave Jones expressed concern at the small number of British managers in the Premier League. Others then followed suit. It is a feeling that bubbles up now and again.

And there is, I think, a perfectly acceptable justification.

Let me put this neutrally. Seven out of 20 Premier League managers are British. Even allowing for the fact that football is not popular in every country there do not appear to be grounds for thinking that British managers are under-represented in the Premier League.