Visitors look the call in battle of underperformers 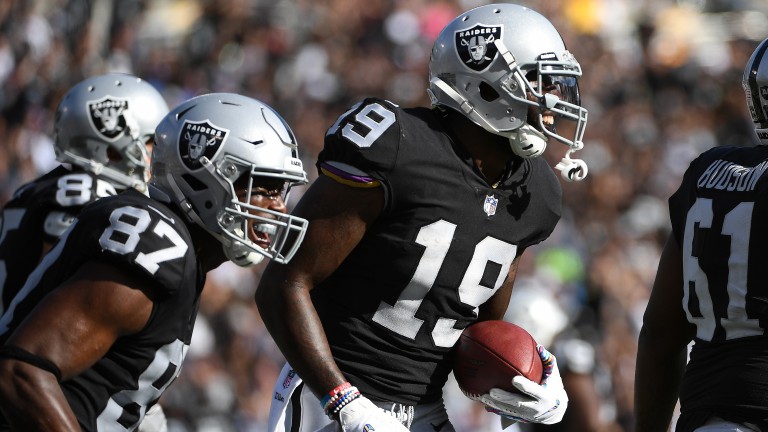 The Oakland Raiders can record just a second win of the NFL campaign
Robert Reiners
1 of 1
By By Ian Wilkerson 8:00PM, OCT 31 2018

Early-season hope has quickly evaporated for Oakland and San Francisco and TV schedulers will be cursing that they have moved the battle of the Bay Area to a Thursday night kick-off.

Both teams have won just one match as the campaign heads into Week Nine and have covered the handicap just four times in their combined 15 matches, providing an extra dilemma for punters.

But it could be worth supporting the Raiders in receipt of a 3.5-point start.

Confidence is low after Jon Gruden's team were beaten 42-28 by an average Indianapolis on Sunday, but they did show a few bright signs early in the game.

Doug Martin took his opportunity at running back with Marshawn Lynch ruled out with injury and although it looks like clutching at straws, they were winning at the end of the third quarter before they conceded three touchdowns.

The Niners do not have a quarterback of the quality of the Colts' Andrew Luck since Jimmy Garoppolo was ruled out with a long-term knee injury and it is not just their 1-7 that is a damning statistic. 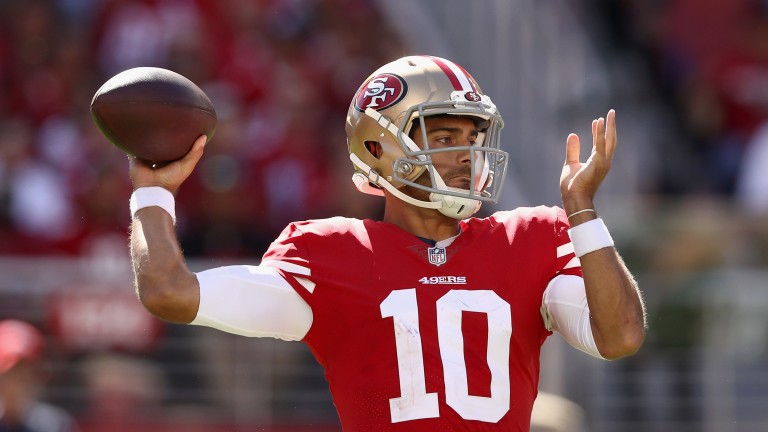 It is difficult to be confident about any team who can lose twice to a poor Arizona - they succumbed 18-15 on Sunday - but this is a team who have committed a league-high 18 turnovers. It's no wonder they have won only once.

Kyle Shanahan's team have claimed a victory in just four of their last 18 matches at the Levi's Stadium and their record as favourites is horrendous.

Giving up points to anybody is a difficult task for a team who have lost their last six matches and, although it is difficult to get too excited about the Raiders' chances, they look slightly the better prospect on the handicap in a game that someone has to win.

Team news
Oakland
Running back Marshawn Lynch is ruled out with a groin injury, while defensive tackle Justin Ellis is missing with a foot injury.

San Francisco
Running back Matt Brieda has been limited in practice with an ankle injury.

Key stat
San Francisco have covered the handicap just once on the last 15 occasions they have been favourites.