Rivals will likely go all out in fierce MLS clash 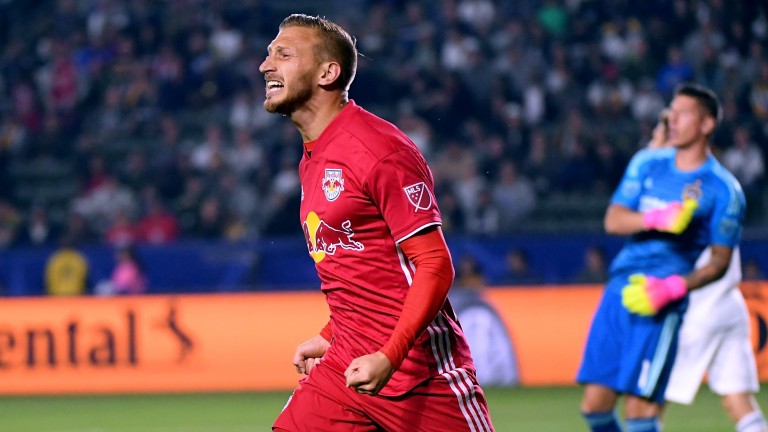 The Hudson River derby has been contested for only four years but the battle of the New York clubs has already become one of the fiercest MLS showdowns.

With both Big Apple sides having started the season well, more enthralling, kamikaze football should be expected when they square up at the Red Bull Arena.

Patrick Vieira’s New York City top the Eastern Conference and have impressed with their attacking flair, spearheaded by Spanish veteran David Villa, who is the club’s joint-top scorer along with Max Moralez and Ismael Tajouri-Shradi.

The Red Bulls, sixth in the conference table, have not been shoddy in front of goal themselves, netting three goals in five of their six matches this season and dismantling Minnesota and Montreal, as well as edging a tightly-fought contest with LA Galaxy 3-2.

Since City joined in 2015, the sides have met eight times in the league. The Red Bulls dominated early on with victories in the first four matches, including a 7-0 demolition in 2016, but City have won three of the last five meetings.