Cronulla Sharks capable of producing a shock or two 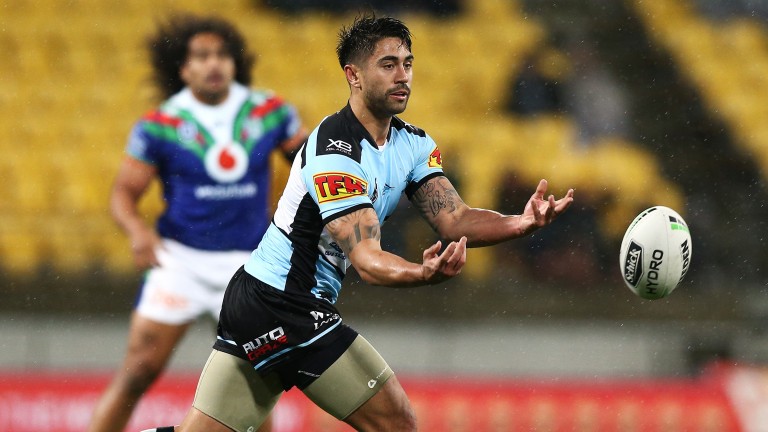 Cronulla's Shaun Johnson could have a key part to play this season
Hagen Hopkins
1 of 1
By Alex Hilton UPDATED 1:34PM, MAR 20 2020

Prospects Brodie Croft has been brought in to partner Anthony Milford at half-back but there are too many question marks surrounding the Broncos, who look set for another mid-table finish.

Prospects Fell at the final hurdle last year and may have overachieved. Josh Hodgson has been joined by fellow Englishman George Williams but the capital side may struggle to emulate last season's heroics.

Prospects Plenty of grunt in the pack but they are let down by weaknesses in attack. Scoring points could be a problem and any improvement on last season's position will be a bonus.

Prospects Paul Gallen has retired but he leaves behind a talented young squad full of potential who could produce a shock or two. Need Shaun Johnson back to his best but making the playoffs could lead to plenty more.

Prospects Finished up with the wooden spoon last season so the only way is up this season. Former St Helens coach Justin Holbrook has been brought in to improve their fortunes and he could lift them a place or two.

Prospects Unlikely to improve on last season's performance but a solid run in the playoffs is not out of the question. Cherry Evans is a class act for the eight-time champions but too many around him aren't any more.

Prospects The 2017 champions reached three consecutive finals between 2016 and 2018 and were tipped by many to go all the way again last year. It wasn't to be but another extended stay in the playoffs looks likely.

Prospects Tuivasa-Sheck is the star turn but the supporting cast is nowhere near his level. The Warriors start the season stranded in Australia due to the coronavirus pandemic and their 20-0 defeat to the Knights in round one may be a sign of things to come.