Karanka has made visitors tough to beat 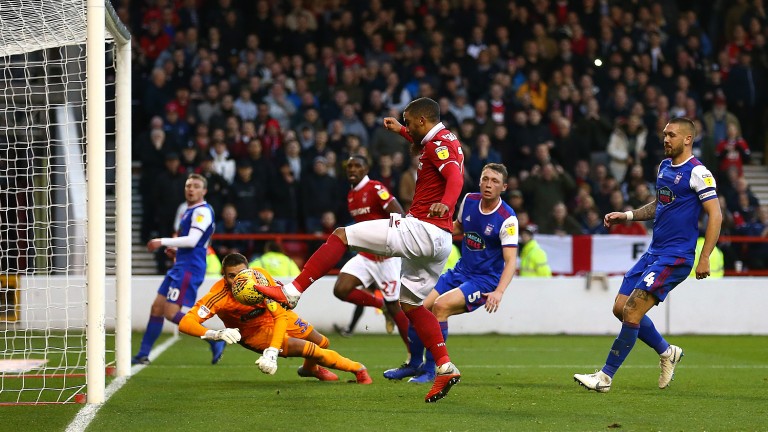 There is usually plenty of spice when East Midlands rivals Derby and Nottingham Forest tussle but Monday's encounter has more riding on it than local pride.

With half the season nearly gone both clubs look legitimate contenders for a playoff spot, or even better.

Hosts Derby have begun to find an identity and crucially results after an inconsistent start to Frank Lampard's reign and they head into this game having won six of their last nine in the league which includes impressive triumphs over promotion hopefuls West Brom and Sheffield United.

Lampard has placed his faith in youth and the likes of loanees Mason Mount and Harry Wilson have repaid his trust with a number of star performances. If Derby are to remain in the promotion picture, Lampard will need to manage his young stars wisely with 25 games of an arduous campaign still to go.

Like the Rams, Nottingham Forest began the season sluggishly which was perhaps unsurprising given the amount of new players Aitor Karanka brought to the City Ground.

However, as the season has progressed Forest's new recruits have gelled and results have improved.

Defeat at home to Preston last time out was a setback but they were much the better side in that 1-0 loss, dominating every statistic bar the scoreline. That was just their third reverse of the season - the joint-lowest total in the second tier - and they last lost consecutive league games in April.

As was the case in his time in charge of Middlesbrough, Karanka has focused on making Forest tough to beat, especially on the road where they have lost only one of ten.

But that doesn't mean that is wholly a safety-first approach. The Reds are the highest away scorers in the Championship and were involved in a crazy 5-5 draw on their last away trip at Aston Villa.

Karanka has built a typically solid defence but also has plenty of firepower at his disposal and they look a good for at least a point in their 93rd league meeting against their bitter rivals.

Key stat
Aitor Karanka is unbeaten in his last six matches against Derby, with four wins.

FIRST PUBLISHED 8:00PM, DEC 16 2018
If Derby are to remain in the promotion picture, Lampard will need to manage his young stars wisely