Not much value in backing Arsenal to beat Cherries 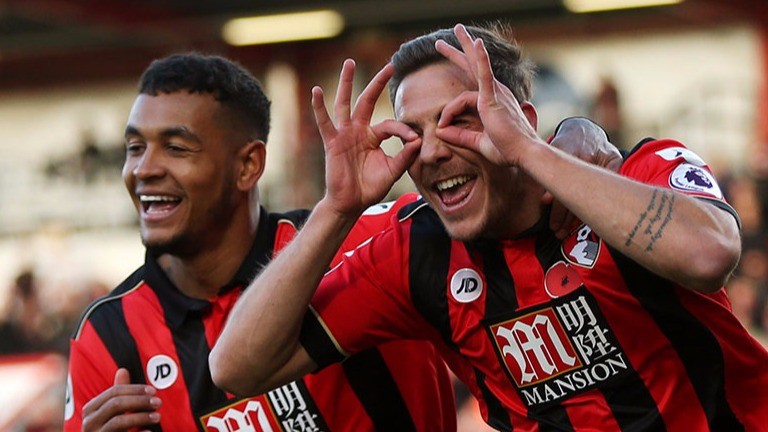 Dan Gosling of Bournemouth celebrates scoring against Sunderland
Getty Images
1 of 1
By Steve Davies 11:56AM, NOV 27 2016

Arsenal, unbeaten since the opening weekend of the season, are clearly doing plenty right this in their pursuit of glory at home and abroad.

But Arsene Wenger’s have laboured in draws against Manchester United and Paris Saint-Germain over the past week and that will give Bournemouth fans hope ahead of their visit to the Emirates.

Given Arsenal’s frustrating knack of throwing in the odd indifferent performance, and given the fact they have failed to win half of their six home Premier League games, they are too short in the betting.

The Cherries, even stripped of Jack Wilshere from their ranks, are still playing well enough to derail any of the big guns, as demonstrated in a gutsy 0-0 draw against Tottenham a month ago.

They were better again last week when they won 1-0 at Stoke to leave them tenth in the Premier League.

That was their first clean sheet on the road since February, which was another source of pride for Eddie Howe, whose team continue to improve.

So long as they aren’t fazed by visiting Arsenal – and there’s no reason to think they will be – and can keep things tight, they should have their chances.

Middlesbrough and Spurs have been to the Emirates recently and avoided defeat while PSG, visitors to north London on Wednesday, were unlucky not to win.

That, of course, came just a few days after Arsenal’s anaemic draw at Old Trafford and Wenger is the first to admit that they haven’t been positive enough.

The Gunners have a massively talented squad so you can hardly accuse them of missing players, but Hector Bellerin as an attacking force and the outstanding Santi Cazorla are very notable absentees.

Bookmakers expect goals – it’s 8-11 both teams score and 4-7 there are over 2.5 goals. Bournemouth, however, have scored just four on the road and their matches average exactly 2.5 goals per game.

Adam Smith’s likely return after a ban should enable Simon Francis to move to centre-back, and this is the stage where Harry Arter can shine and show once again what an influential and combative midfielder he can be.

Arsenal, if they are on their game, should boss this but recent exertions suggest they are too short a price.

Key stat
Arsenal, yet to be behind at half-time, have conceded only three first-half goals