Norwich can take the honours in East Anglian derby 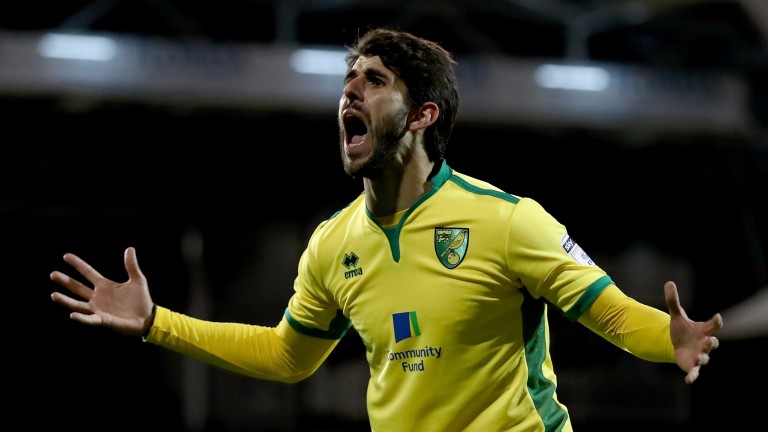 It's not worth betting the whole farm that Norwich will come out on top in the East Anglian derby against Ipswich, but the Canaries faithful should be singing come the full-time whistle at Carrow Road.

Giovani Dos Santos was on target the last time Ipswich celebrated success in this local grudge match in 2009, while the Tractor Boys' last win on enemy soil was three years earlier as Norwich have enjoyed much the better of this meeting in recent years.

Norwich fans even had a round of applause on 16 minutes last season to mock the years Ipswich have suffered in the second tier and unless major investment arrives it seems unlikely Town will be back in the Premier League any time soon.

Visiting boss Mick McCarthy got salty in his pre-match press conference, pondering how Norwich would do on a similar budget and questioning why the bigger-spending Canaries are below Ipswich in the table.

Ipswich are above Norwich on goal difference, but those positions look a little false and Norwich are likely to pull away having finally found a rhythm under Daniel Farke in his first season at Carrow Road.

City have lost one of ten matches since Christmas and that came in understandable circumstances against Sheffield United following just two days of rest after a penalty shootout defeat to Chelsea in the FA Cup.

Norwich have won 1-0 away to Bristol City and Brentford in 2018, beaten Middlesbrough by the same score at home and earned an excellent 1-1 draw at Derby last time out.

Central to their improvement has been magic man James Maddison, a playmaker destined to move to the Premier League before long.

He was the difference in Norwich's 1-0 win in the reverse fixture and must be stopped if Ipswich are to avoid defeat.

Keeping Maddison quiet will be one of McCarthy's main aims, but in terms of hurting Norwich it is difficult to see where Ipswich can make a mark from open play.

They are dangerous from set-pieces, but Ipswich have scored only five goals in their seven matches this year and a low-scoring Norwich win looks the most likely outcome.