Canaries could deal a blow to Hammers survival hopes 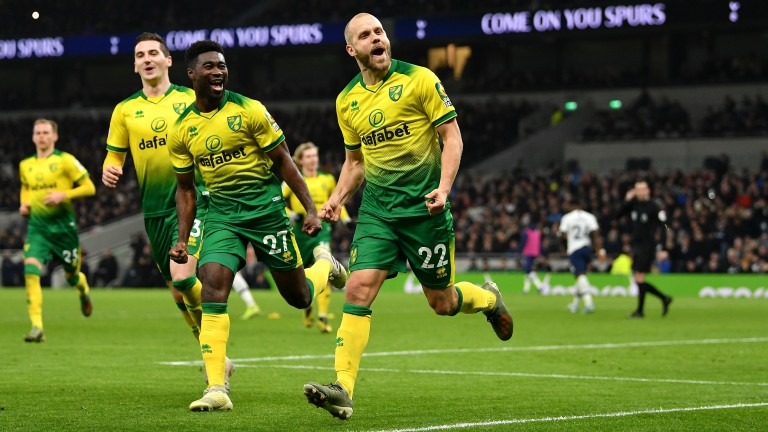 Norwich City
Todd Cantwell is expected to come back into the side but Moritz Leitner, Sam Byram, Christoph Zimmerman and Grant Hanley are still on the treatment table.

West Ham
Sebastien Haller could start for the Hammers after he returned to the squad against Burnley last time out.

Knowing that defeat to West Ham will send them back to the Sky Bet Championship this weekend, Norwich City could come out fighting and spring a surprise in their penultimate Premier League contest at Carrow Road.

Daniel Farke's men have lost all five of their league assignments since the season's resumption, as well as losing their FA Cup quarter-final tie with Manchester United and they will surely be planning for life back in England's second tier.

But there were plenty of positives to be drawn from their latest defeat at Watford.

The Canaries took the lead after only four minutes through Emiliano Buendia, won the shot count 13-9 and had 56 per cent possession in that away fixture.

That kind of attacking impetus coupled with the likely return of Todd Cantwell, who has scored six goals and laid on two assists in the league this term, could cause problems for permeable West Ham.

The Hammers had the opportunity to go seven points clear of the drop zone when they took on Burnley on Wednesday but they fell to a 1-0 defeat, meaning they have claimed maximum points only once in their last six league matches.

Even in the win - a 3-2 success against Chelsea - they had only 27 per cent of the ball and gave up plenty of chances and the London side have kept only six clean sheets in their 34 league matches this season.

Only the current bottom three of Norwich, Aston Villa and Bournemouth have kept fewer and West Ham's problems at the back could once against stop them from coming out on top in a game they are expected to win, enhancing appeal about backing the draw.

West Ham have won only three Premier League away matches this season.