Villans are struggling for form 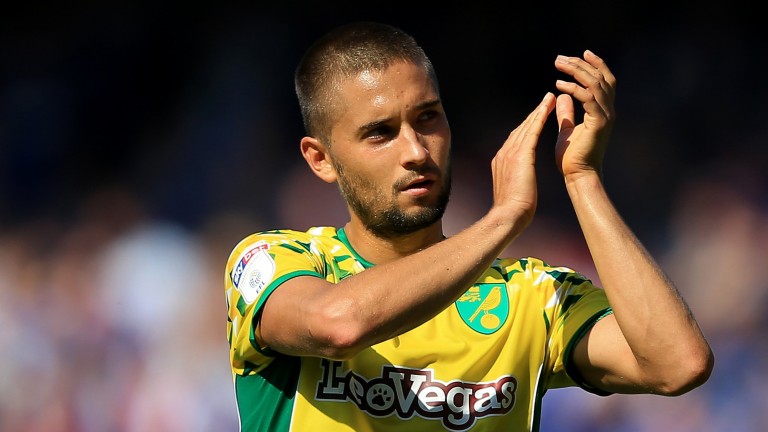 In-form Norwich have won five of their last seven Sky Bet Championship matches, all by a single goal, and can extend that sequence of narrow successes against Aston Villa at Carrow Road.

Norwich find themselves in the playoff places following Saturday’s 2-1 victory at Nottingham Forest, their eighth match of 13 this term to have been settled by the odd goal.

Under a cloud in the summer when good players left, popular Canaries coach Daniel Farke has pinned faith in academy graduates of the calibre of Max Aarons, Jamal Lewis and Todd Cantwell and knitted them into a team who are in good shape.

They were outstanding at the City Ground where they had to weather a fast Forest start before looking the only winner as the second half went on.

Despite Norwich being involved in so many tight encounters this season, and even though nine of their 13 matches this term have been all-square at the break, they haven’t drawn a home game since March.

A shortage of obvious firepower means they won’t blow sides away but Villa are hardly stocked full of goals.

Villa have won only two of their last 12 and while new boss Dean Smith has only been in charge for one of those games – Saturday’s tense 1-0 triumph over Swansea – the Midlands club are far from convincing at the moment.

Smith must also do without their classy midfielder John McGinn, who serves a one-match ban.

Recommendation
Norwich to win by one goal
1pt 3-1 general

Team news
Norwich
Top scorer Teemu Pukki (hamstring) has joined Grant Hanley and Kenny McLean on the sidelines. Onel Hernandez is expected to be fit after limping out of the Forest match.

Aston Villa
Star midfielder John McGinn is suspended. Striker Keinan Davis is back in training but Micah Richards is a long-term absentee.

Key stat
Norwich and Villa have been level at half-time nine times, the joint highest in the Championship.