Nortje and McLaren look primed to prosper in Port Elizabeth 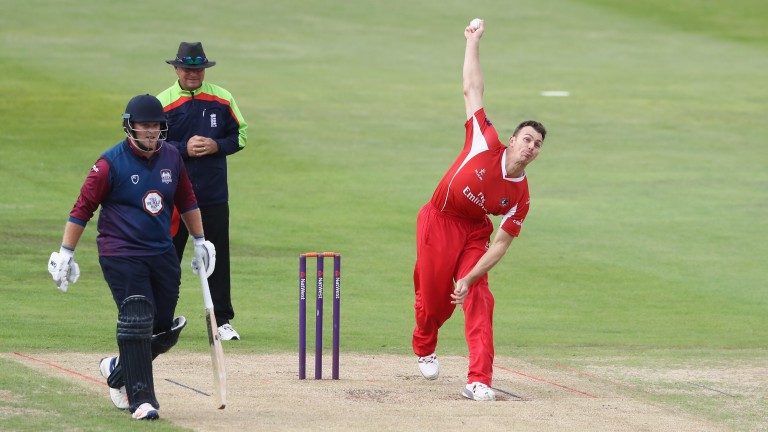 Backing Anrich Nortje and Ryan McLaren to be the top bowler for each team looks the best betting approach to the Mzansi Super League top-of-the-table tussle in Port Elizabeth between the Nelson Mandela Bay Giants and Cape Town Blitz.

Rain and wind are on the radar and in such conditions St George's Park pitches traditionally switch from being slow and low spin-friendly tracks to ones that can make seam and swing bowlers unplayable.

Legendary Proteas pace ace Dale Steyn is no stranger to the vagaries of South Africa's Windy City but rapid rookie Nortje, who has gone west to the Blitz from the Eastern Province Warriors for this new-look T20 competition, should know exactly how and where to bowl too. He is in good form as well.

In his last two outings, Nortje took 4-32 in Durban, pinning Hashim Amla in front and castling three other Heat top-order batsmen, and claimed 3-30 against Jozi Stars. At the Wanderers he captured key men Reeza Hendricks and Dane Vilas.

With the threat of a shortened clash, much-travelled McLaren should play a third game of the campaign for the Giants because of his hefty hitting.

However, he has been more effective with his nagging cutters so far. McLaren trapped Chris Gayle lbw when coming on as first change in their win over the Stars, and he sent back Asif Ali and skipper Farhaad Berhadien in Wednesday's first meeting with the Blitz.

The Blitz won that clash by 12 runs after the Giants' target was reduced to 145 from 16 overs because of a floodlight failure at Newlands. But they lost in Paarl on Sunday when the Giants won a lightning-shortened game with the Tshwane Spartans in Centurion.

Quinton de Kock, Asif Ali and Ben Duckett are among the in-form international batsmen likely to be on show but unheralded Blitz opener Janneman Malan tops the tournament charts with 202 runs in five knocks. He hit 57 in the Cape Town meeting, followed up with 66 against the Stars and his lowest score is 19.