Wales looking for convincing win to kick off campaign 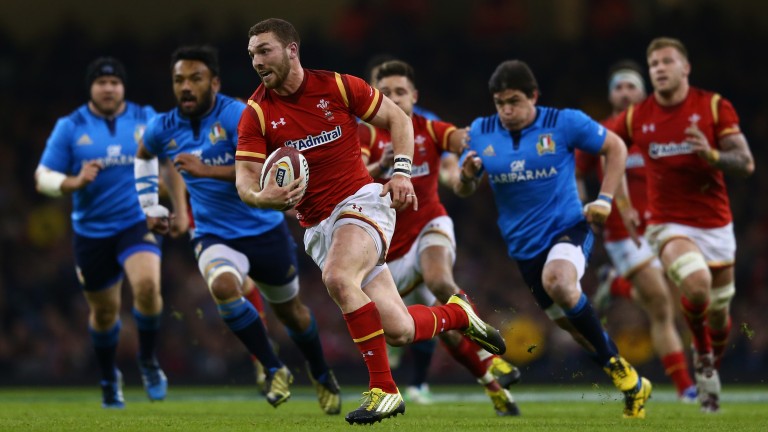 Wales winger George North is a big price to get on the scoresheet against Italy
Michael Steele
1 of 1
By Graham Woods 7:55PM, FEB 4 2017

A trip to Rome in the first match of their Six Nations campaign looks like an opportunity and a challenge in equal measure for Wales.

Italy, the weakest team in the tournament, ought to be ideal first-round opponents for a Wales side who looked uncertain in the autumn and who in the past have needed to ease their way into the Six Nations, building confidence as they go.

But it's in Italy and the Azzurri have a new coach who has vigorously set about galvanising his squad. Conor O'Shea took over last year and has led his team to three wins and three defeats, most famously a historic 20-18 victory over South Africa.

That was followed the next week by a defeat to Tonga, their first since 1999, so Italy have hardly turned a corner. But in the win over the Springboks the Azzurri players delivered the kind of combative commitment O'Shea is demanding and they are likely to do so again at home in their first match.

The hosts will set out to be tough to break down, but that's nothing new as they have proved obdurate first-round opponents in the past. Last year they were 21-point underdogs away to France but were edged out by two, while in 2014 they faced today's opponents in Cardiff with a 20-point start and were beaten by eight.

The last two meetings between these teams have been hugely one-sided as Wales have run in 17 tries to win 67-14 and 60-21, but both matches were in the final round. Nonetheless, a double-figure handicap looks an accurate reflection and Wales ought to be looking for a convincing win.

Stand-in coach Rob Howley came under fire in November for a perceived lack of direction and attacking intent but there is plenty of creative potential in his line-up with Rhys Webb fit to start at scrum-half and the in-form Justin Tipuric selected in the back row.

Wales have the tools to open up the Italy defence and this looks a good opportunity for the leading tryscorer in their ranks George North to refind his touch. He has failed to cross in his last five outings but those were against England, New Zealand, Australia, Argentina and South Africa and it is a surprise to see him as big as 13-8 to score against far lower-calibre opponents.

Wales are asked to cover a 12-point handicap but a better bet may be that they win the second half by more than six as they get into their stride and their fitness tells.