Northampton face all sorts of woe trying to contain Bassett 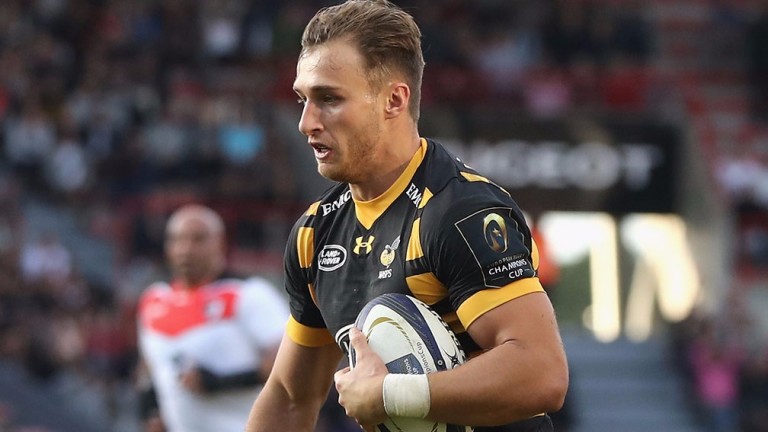 Josh Bassett, the Wasps left wing, looks a good value bet to score a try in this afternoon’s televised Premiership clash with Northampton at the Ricoh Arena.

Leaders Wasps have won the last 16 league matches at their Coventry home, claiming a try-bonus point in 12, and Bassett has been in brilliant form this season too with nine tries in 20 outings in all competitions.

He often benefits from not being in the spotlight as much as right wing Christian Wade, who tops the league scoring charts, and rightly heralded inter­nationals Willie Le Roux, Kurtley Beale and Elliot Daly.

On-fire Jimmy Gopperth and Joe Simpson are at the controls for Wasps, who are 12-point handicap favourites and have won the teams’ last three meetings including a 28-6 success at the Ricoh Arena last season because their forwards have not been dominated by Saints packs.

Bassett, who was not involved in last weekend’s Champions Cup quarter-final loss at Leinster, has scored tries in the two league games at Franklin’s Gardens, and September’s five-pointer started a five-match streak that included trips to Saracens and Toulon.

He also touched down in their last league outing, a 40-33 home win over Worcester, after coming on as a replacement and it would be no surprise if this game followed a similar scoring pattern with the Saints’ hopes of making the playoffs virtually over.

Two weeks ago Northampton were involved in a ding-dong 36-31 home derby with Leicester and before their 32-12 win at Sale, they had lost 46-31 at Newcastle and 32-30 at Bath on their travels in the Premiership.

Exeter yesterday moved level with Wasps at the top of the table after their win over Bristol. Saracens beat Harlequins and Bath edged out Leicester.