Non-league 2019-20: who will win the lower-league titles? Best bets 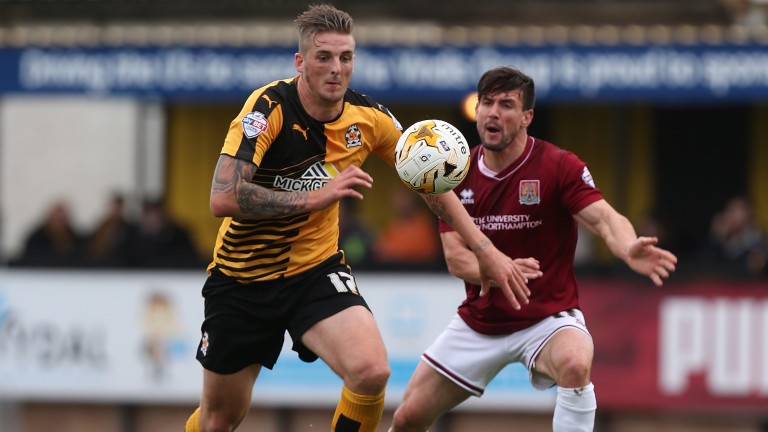 There are plenty of competitive leagues down the pyramid, but South Shields are the rightful hot favourites in the Northern Premier having pushed Farsley Celtic so close last season.

The Mariners scored the most goals in the league assisted by the efforts of Robert Briggs and Lee Mason, and the addition of Jason Gilchrist should only lead to more problems for the opposition.

They also added defender Robinson Wokoma from Grays, who looks a fine prospect.

Warrington beat South Shields in last season's playoff final before losing in the super playoffs to King’s Lynn and should go close again, while Basford United have potential to be in the mix at a big price.

Stratford reached the Southern Premier Central playoffs last term but can go one better this time round.

Tommy Wright’s side look to be on the ascendancy and signing ex-Cambridge midfielder Liam Hughes is a step in the right direction, while youngster Morgan Brown can also make an impact in the division. Free-scoring Stourbridge could also pose a danger.

Hornchurch are the Isthmian League favourites following a number of interesting additions, but having had such a mediocre campaign last season it is difficult to back them as market leaders.

Instead Carshalton are worth following considering their strong season and the fact they have managed to keep star players Ricky Korboa and Harry Ottaway.

Player-manager Peter Adeniyi has signed a long-term deal with the club to ensure some stability, and the Robins are in a good position to earn a place back in the National League South.

In the Southern Premier South, Taunton looked a class above in the latter stages of last season and should mount a similar title charge this time round.