No value in Vale to cruise past visitors in the cup 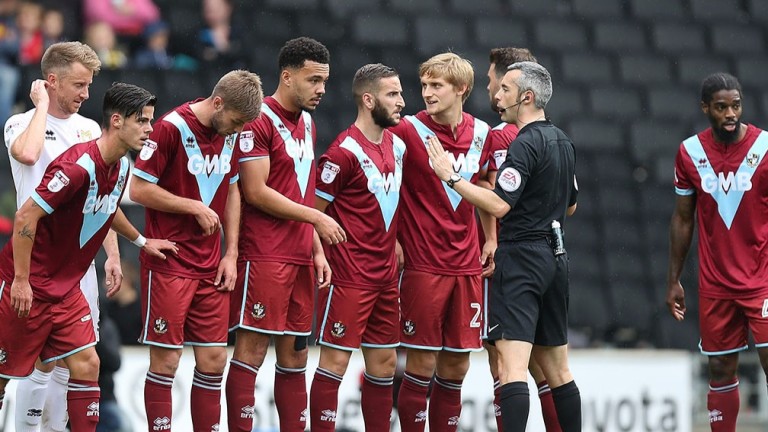 Port Vale v Stevenage
There will be shocks in the first round of the FA Cup – the hard part is predicting where they will come – and Stevenage could provide a minor giantkilling at Port Vale this afternoon.

Some bookmakers rate Vale odds-on which looks on the short side even though the Sky Bet League One side are a division above their visitors.

Vale have won one of their last seven matches and goals were a problem even when injured hitman Alex Jones, who notched eight in 13 appearances, was fit.

Vale have scored five goals in seven games since the start of October but three of those were penalties and another was a consolation at Bolton last week.

That Bolton game was over within 16 minutes as Vale trailed 3-0 and their position of 11th in the third division looks false.

The pre-season relegation favourites are slowly dropping towards their more likely finishing position, much nearer the bottom than the top.

Bruno Ribeiro’s men have to be favourites against Stevenage, who are 16th in Sky Bet League Two, but they have been competitive in recent reverses to Plymouth and Carlisle, the teams currently first and second in the table.

A win at Mansfield last week sets them up nicely for this and teenage forward Harry McKirdy, who has notched twice in his last four appearances, could do the damage in a match where the draw looks a lively runner too.

Morecambe v Coventry
It was 46 years ago this week that Coventry beat Bayern Munich in the Fairs Cup but the 1987 FA Cup winners face a far less glamorous tie at Morecambe in one of a glut of matches staged tomorrow.

Cov have responded well to the approach of caretaker coach
Mark Venus with five wins and a draw in their last seven matches. The only disappointing result was a 3-0 defeat at Charlton but other than that Venus has managed to get much more out of the side than Tony Mowbray did.

There looks to be more attacking intent in the team now and Venus is arguably the right man to get the best out of new signings as he was influential in bringing them to Coventry in his role as technical director.

Presumably he wants the manager’s role on a permanent basis and the best way for him to get the gig is to keep on winning so expect a positive attitude for the trip to Morecambe.

The League Two side seem to make a flying start every season before dropping down the standings and history is repeating itself again this campaign.

Jim Bentley’s boys won four of their opening five league matches but have triumphed only twice since and don’t appear to make the most of home advantage.

Morecambe have lost seven of their last eight at the Globe Arena and the only exception was a victory over Stoke’s Under-23 team in the Football League trophy. The Potters were reduced to ten men after 15 minutes. 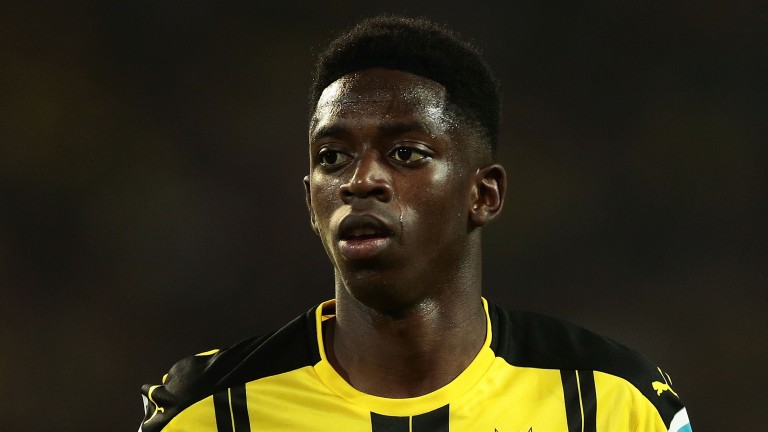 Hamburg v Borussia Dortmund
Few teams in Europe have been more expensive to follow than Borussia Dortmund this season after a Bundesliga defeat at Leverkusen was followed by draws at short prices against Hertha Berlin, Ingolstadt and Schalke.

Slowly but surely, though, the injury table is clearing and striker Pierre-Emerick Aubameyang returns after being given a club suspension for an unauthorised trip to Italy on Monday.

Today’s trip to Hamburg is traditionally seen as a big game but the hosts are awful this season and could finally be relegated for the first time in their history.

Rock-bottom Hamburg have scored twice in their nine league matches and forward Bobby Wood, who has scored both of those, is suspended for this clash.

Dijon v Guingamp
Only Metz have a worse shot ratio than Dijon in Ligue 1 this season, suggesting that tonight’s hosts are a long way from being mustard.

Visiting Guingamp have lost only three times this term and on each occasion they had a player sent off at pivotal moments –
after 39 minutes at Toulouse, 38 minutes at Bastia and 64 minutes at Rennes.

Guingamp have drawn at Monaco and won at Lyon and Nancy when they have managed to keep 11 men on the pitch.