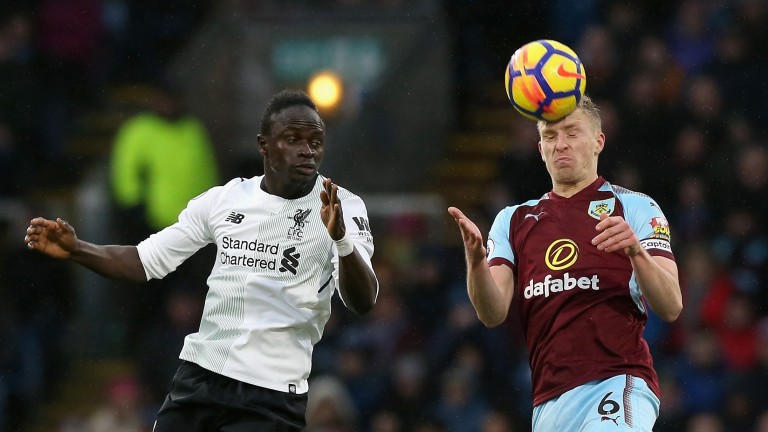 Defender Ben Mee (right) has been a rock for overachieving Burnley this season
Nigel Roddis
1 of 1
UPDATED 10:18AM, APR 5 2018

As pointless exercises go, this is right up there, although not as pointless as those composite 11s that the media love to select comprising players from two big clubs who are about to play one another.

So, before I name my Premier Underrated 11, it’s worth explaining what constitutes being underrated. You may be one of the unheralded members of the Prem cast or a well-known performer but the common factor will be that the fans and media do not rave about you as much as they should.

It’s not an easy thing to be entirely sure about because unless you are my phenomenal colleague Mark Langdon you are unlikely to see enough of all 20 teams to be able to identify the genuinely underrated players with a great degree of accuracy.

But it’s only football and nobody is ever likely to approach me in an official capacity to pick a team to play a meaningful match against, say, La Liga’s most underrated 11, so it really doesn’t matter.

The prime motive for doing this is that there are some players who are regarded as top-class however consistently moderately they play and others who deserve more attention for the quality of their performances, such as these 11 people.

GK Lukasz Fabianski
It was going to be Nick Pope but then he got into the England squad and everyone started saying how great he is so instead the gloves go to Fabianski, formerly known by some cruel Arsenal fans as Flappy-hands-ski but now showing fine form for Swansea.

He has played in all 31 of the Swans’ league games and let only 40 goals past him, a tally bettered by just six other top-tier sides.

RB Kieran Trippier
He gets the armband too because, however well he plays, he never gets the adulation he deserves. Trippier is a superb operator, defending formidably, moving the ball well out from the back and charging forward in a dangerous manner whenever the opportunity presents itself.

Perhaps the World Cup will be the moment everyone finally realises how good he is.

CB James Tomkins
It remains a mystery why West Ham let him go but Crystal Palace fans are massively glad they did. He took his time to work his way into Selhurst Park hearts but is now a firm favourite thanks to a series of tremendous performances, during which there were times when he seemed to hold the side together single-handedly.

There is no doubt Gareth Southgate will take at least one inferior centre-back to Russia.

CB Ben Mee
It’s certainly not all Mee, Mee, Mee where the admirable Burnley stopper is concerned. He has quietly gone about playing a key role in the Clarets’ amazing season and it says much for his ability that Michael Keane has been missed so little since his departure to Everton last summer.

LB Andrew Robertson
Not only is he a superbly consistent full-back who rarely puts a foot wrong, he also comes across as a brilliantly level-headed and modest guy.

He has slipped into the Liverpool team without fanfare but his quality has solved one of Jurgen Klopp’s problem areas and he could establish himself as the Reds’ number three for a long time to come.

CM Fernandinho
Yep, that’s right. The least flashy member of City’s magnificent team is fully deserving of his place in the underrated 11.

Pep Guardiola’s preferred formation means opposition teams spend a lot of time defending, but it also puts a heavy onus on Fernandinho when they do come at the champions elect.

The understated Brazilian has become an increasingly important figure, allowing City to pile as many players into forward positions as they do without paying a heavy defensive price as a consequence.

CM Abdoulaye Doucoure
One of the main reasons why Watford fans have had so little cause to fear relegation this season has been because Doucoure has been such a powerful force for the 'Orns.

It is disappointing that the midfield dynamo has spoken to the French media about his desire to move to Liverpool but there is no doubt he would be a tremendous asset at Anfield, always assuming they made the necessary legislative changes that currently state Jordan Henderson must start every game for club and country regardless of how moderately he is playing.

RM Willian
Having been slightly less influential for the Blues during their title-winning charge last term, Willian has found himself in favour more frequently this season and has been one of the few positives for Antonio Conte’s side.

That said he doesn’t score those inswinging free kicks from the left-side position any more. The keepers seem to have realised he is 1-8 to curl it low to their far post.

10 Pascal Gross
When you look at how much money clubs squander on desperately average players, the £3m Brighton paid Ingolstadt for Gross ranks as one of the best bits of scouting and negotiating in years.

He’s been a key factor in a lot of Albion’s goals and if they stay up, as the odds suggest they will, he will deserve every penny of whatever bonus he is on.

LM Wilfried Zaha
To the lazy falsehoods people peddle about Wilf, such as that the Manchester United experience proves he can’t cut it at the top level and he has no end product, we can now add that he doesn’t do his defensive duties properly.

All nonsense. Zaha is a magical footballer as he will prove beyond any doubt in the next two years by moving to a big club who do not waste his talents as stupidly as United did.

CF Jamie Vardy
This may be slightly harsh on the excellent Glenn Murray, but it has to be Vardy, who is still regarded as the Cinderella striker who went from non-league to shock champion, but is now entitled to be viewed more respectfully.

He is a high-energy nuisance who must be a proper pain to try to repel and his turn of pace and clever runs behind defenders, allied to a deadly eye for goal, mean England are not quite as hopelessly reliant on Harry Kane as most people assume.

Handicappers should be unexposed types

Good grief. A few weeks ago I wrote a piece expressing my hope that Phil Smith’s successor as the NHA’s chief handicapper would keep a lower profile that the outgoing head honcho.

This was nothing against Smith, a fine man who has served the sport with distinction, but I felt that the business of designating official handicap marks for racehorses should be immune to the widespread call for greater transparency in the world, the annual hoo-ha over the weights given to Irish horses in the Grand National being a case in point.

So far so good as far as Dominic Gardiner-Hill, who has taken over from Smith, is concerned. We have not heard a peep from him. Not so his senior assessor Matthew Tester, who has been busy this week on the official BHA Twitter feed discussing one of the performances from last week’s big meeting at Lingfield.

Only this week Tester asked people what mark Nivvo should be changed after running at Lingfield last week, and he even ran a Twitter poll via the official BHA feed with a choice of four possible new ratings that ranged from 68 to 87.

What’s the point? Just get your head down, and use your expertise to decide on the new rating. I don’t get my local district council running Twitter polls asking what the council tax should be for the coming year or Southern Rail organising a quick vote to decide the extent to which fares should rise, and nor should handicappers be faffing around in this manner.

Ten points to consider in the run-up to Cheltenham

Belgium's golden boys could be the real deal

Only this week Tester asked people what mark Nivvo should be changed after running at Lingfield last week, and he even ran a Twitter poll via the official BHA feed.

Since cutting off my interest in the increasingly sordid world of professional boxing I have had few regrets, with my limited involuntary exposure to the sport providing glaring reminders of how dismal the once-great game has become.

Last weekend it plumbed new depths when Deontay Wilder, the WBC heavyweight champion, told some American radio station: “I want a body on my record.”

Wilder is apparently in line to fight Anthony Joshua and if this is his idea of trash talk it is going to be an abysmal build-up.

Just as despicable as his absurd comments was the way they were reported, with one British newspaper headlining the story: Wilder chillingly claims he is ready to kill an opponent.

Chillingly? Try disgustingly or deplorably or even pathetically. If a cricketer claimed he wanted to kill a batsman with a short-pitched ball or a rugby player threatened to break an opponent’s neck would that be reported as a chilling threat? Of course not. He would be disciplined and probably banned.

The promoters of Wilder v Joshua probably hope this sort of nonsense helps sell tickets and, unfortunately, they are probably right.

For others, though, it just makes us sadly hanker for the golden days of brilliant fighters who had respect for each other.

I can clearly remember the discussion. I was eight and our group of football-mad mates had just heard Butch Wilkins had been made captain of Chelsea at the age of 18.

We were massively impressed. Here was a guy only just older than some of our brothers skippering Chelsea!

Suddenly, instead of wanting to be Kevin Keegan, we wanted to be Wilkins. He was a brilliant player who had a long and outstanding career, and when he retired and went into coaching and the media it became crystal clear he was a brilliant bloke too.

You can tell the genuine nice guys by just listening to them. You don't need to have met them.

Whether he was co-commentating, a studio pundit, spreading charm and wisdom on Talksport or being a delightfully friendly guest on the Danny Baker show, Wilkins exuded warmth and pleasantness at all times.

How monumentally sad that he has gone, aged just 61.