No problems expected for Napoli 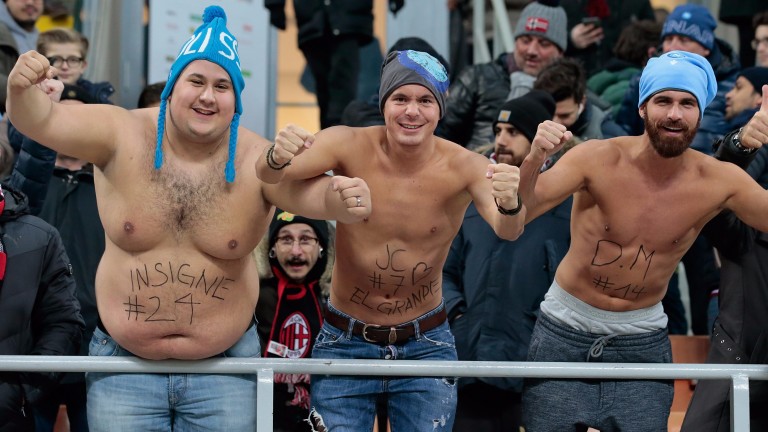 Napoli's supporters have enjoyed themselves this season
Getty Images
1 of 1
By Racing Post Sport 8:08PM, JAN 28 2017

Torino v Atalanta BT1, 11.30am
Torino welcome back leading hitman Andrea Belotti – scorer of eight goals in his last nine league games – from suspension, but this still won't be easy against an impressive Atalanta.

Torino are struggling at the moment – no wins in four while Atalanta are up to sixth and confidently fielded a pair of 17-year-olds in their 1-0 win against Sampdoria.

Sassuolo v Juventus BT3, 2pm
This has become a tricky test for the champions in recent years with Juventus picking up only one point from their last two matches away to Sassuolo.

The hosts were ravaged by injuries earlier in the campaign but slowly those key men are returning to action just in time to give the Old Lady a rough ride in Reggio.

Key stat
Four of the last five meetings have produced under 2.5 goals

Napoli v Palermo BT1, 7.45pm
Napoli advanced to the Coppa Italia quarter-finals with a bad-tempered 1-0 victory at home to Fiorentina on Tuesday (a player from each side was sent off) and can coast to victory over lowly Palermo.

A domestic trophy double is looking possible for third-placed Napoli but Palermo, with one win in 17 and 11 points adrift of safety, are heading for the drop.