No party in the Parc for Barcelona

Cavani a huge threat in Paris 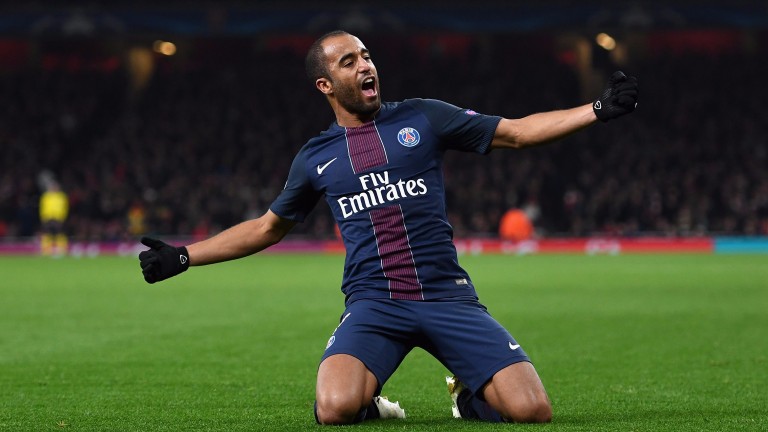 Barcelona are seen as the Champions League favourites but they face a tricky tie against Paris St-Germain and it could pay to oppose the Catalans in the first leg of their last-16 clash at Parc des Princes.

When Barca topped their section they would have been expecting an easier clash than a date with PSG, who have reached the quarter-finals in each of the last four years and set a better standard than most when it comes to non-seeds at this stage.

Barca have overcome PSG in two of those years but most of the damage has been done at Camp Nou. They have met three times in Paris since April 2013 and won only once - two years ago when PSG were decimated by injury and suspension.

That 3-1 loss is the only time in the last 42 European matches that PSG have lost in Paris and that includes last season's meeting with winners Real Madrid who had to settle for a 0-0 draw.

Another goalless stalemate would seem unlikely with Barca's famous front three of Lionel Messi, Neymar and Luis Suarez but if there is a vulnerability in Luis Enrique's squad it comes on the road.

That was evident in a 4-3 loss at Celta Vigo in October and their 3-1 defeat at Manchester City in the Champions League.

A fortunate point at Real Sociedad followed in November before the new year started on a low with a 2-1 loss at Athletic Bilbao in the Copa del Rey.

Messi, Neymar and Suarez all scored in the Camp Nou return to help Barcelona progress past Athletic and it needed a late equaliser to rescue draws at Villarreal and Real Betis last month.

Enrique's side have recorded notable away triumphs at Atletico Madrid and Seville but little should be read into Saturday's 6-0 success over Alaves, who were probably still celebrating reaching the Copa del Rey final three days earlier.

PSG will pose many more problems and they are playing their best stuff of the season having had initial problems adapting to the methods of Unai Emery.

The French side have won ten of their last 11 matches in all competitions with Edinson Cavani enjoying his central striking role created following the summer departure of Zlatan Ibrahimovic.

Cavani has scored 25 times in Ligue 1 and a further six in the Champions League - only ten-goal Messi was more prolific in the group stages.

With Cavani up front and Julian Draxler and Lucas (or Angel Di Maria) on the wings there is firepower and pace to burn, while Marco Verratti showed his class with a vintage performance in Friday's 3-0 victory at Bordeaux.

Qualifying will be a tough ask for Paris St-Germain but Barca are likely to do their real damage at Camp Nou.

Team news
Paris St-Germain
Thiago Motta is suspended, but Javier Pastore returns. Reports in France suggested that Thiago Silva may be out

Key stat
Barcelona have never lost in the 70 matches when Luis Suarez has scored.