No let-up from Saracens with top seeding on line

Scarlets could find it tough 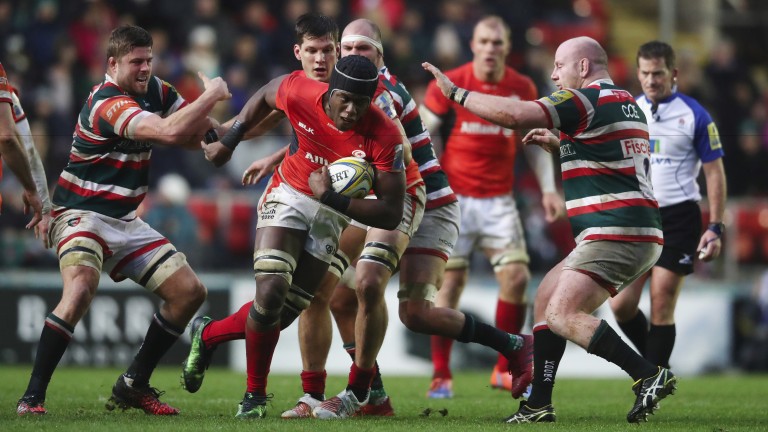 After four rounds of the European Champions Cup holders Saracens topped the seedings and boasted the only 100 per cent record, and they are holding nothing back for this trip to Parc y Scarlets.

Skipper Brad Barritt is banned and Alex Lozowski slots in at full-back rather than his more familiar fly-half role, but otherwise Sarries are close to full strength.

Scarlets coach Wayne Pivac insists his team are going all out for two victories to give them a chance of qualifying but even with his internationals in the line-up it is a stiff task.

Scarlets are unbeaten at home since the first day of the season, and that includes a famous European victory over three-time champions Toulon.

But Saracens’ efficiency and clinical edge makes them so hard to break down and they look on course for a fifth pool win. With rain in the air, and single-figure winning margin looks the most likely.

Two defeats in their four pool games have put Toulon’s qualifying hopes in some jeopardy, and with a trip to Saracens next week they must target a bonus-point victory against winless Sale.

A handicap in the high 20s gives a fair indication of the kind of onslaught Sale can expect, and given the array of attacking talent in the Toulon backline it’s hard to single out a single player as a possible tryscorer wager.

But in matches where they are clearly the superior side Toulon often come out firing and it may be worth backing them to be at least 13 points up at the break.

In their home win over the Scarlets in round three Toulon scored three of their four tries in the first half an hour.

Reaching the last eight may be beyond Exeter and Ulster but they are proud and committed teams who could well serve up an entertaining clash.

Ulster edged the reverse fixture 19-18 in Belfast and this match could be just as intense.

But there is a wealth of finishers in both line-ups, none more so than the awesome Charles Piutau on the Ulster wing, and he looks a decent price at 13-5 to get on the scoresheet.

The all-French Pool Five clash between Bordeaux and Clermont is also live on BT Sport 2 (1pm) while in the Challenge Cup the Ospreys give up 35 points at home to Lyon.