No frills as Sweden get the job done 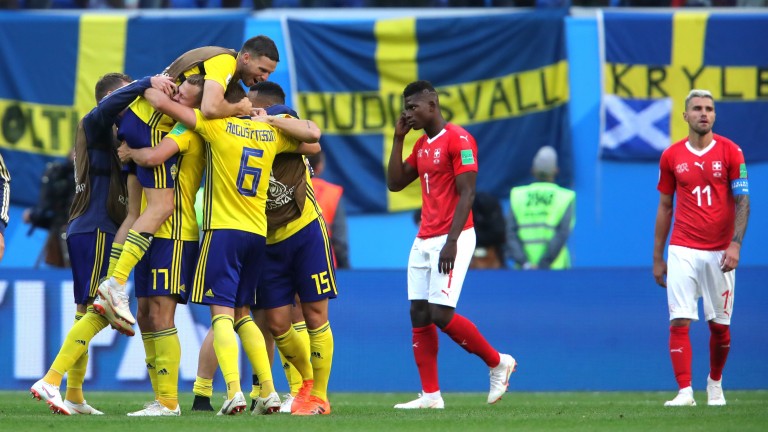 1 Throwbacks Sweden remind us of a less happy time
There’s no point knocking it. Sweden, unimaginative and uninspiring Sweden, are into the last eight of the World Cup.

Are they the worst team left in the competition? That depends what your yardstick is.

If it’s results, then a team who saw off Holland and Italy even to get to Russia and then came out on top of Germany’s group, are definitely not the worst side going to post in the quarter-finals.

The Swedes appear to have been a 4-4-2 side forever and a day and it’s that familiarity with the system and each other, that sense of parity and understatement in a side without a superstar, which is standing them in such good stead.

They have scored six goals, including two penalties and a couple of seriously scruffy efforts, and they boast few tools to hurt their opponent.

Dismiss them at your peril.

2 You need to be patient to see off the Swedes
It’s interesting that the only side to beat Sweden – just – were Germany, who were forced to throw everything at Janne Andersson’s men to prevail.

The Swiss threw in cross after cross from a variety of accurate sources – Rodriguez and Shaqiri are deliverers par excellence – but to no avail.

Andreas Granqvist and chums rode their luck at times but meticulously organised in two banks of four, they’ll happily soak up set-plays, long balls and crosses.

Equally, there’s little point expecting Sweden to come on to you and frighten them on the counter because Andersson’s boys won’t oblige. They’ve got a gameplan and they aren’t going to budge from it.

Patience and pace are the key weapons needed to beat Sweden.

3 VAR not fit for purpose
There was another VAR episode to debate.

With 61 minutes gone Valon Behrami went into referee Damir Skomina’s notebook. It wasn’t a foul, therefore, it wasn’t a booking.

As clear and obvious errors go it was both clear and obvious but since erroneous cautions aren’t on Fifa’s utterly arbitrary checklist of incidents to be reviewed, the yellow stands. Back in the day no one would have batted an eyelid but here was the perfect opportunity for VAR to prove its worth and mete out some justice. Except, of course, it couldn’t.

Had the Swiss gone through it meant Behrami would have missed the quarter-finals of a competition in which video reviews are being upheld as the panacea to all of football’s ills.

It has got boring moaning about it, but the World Cup should never have been the place for this half-baked experiment.