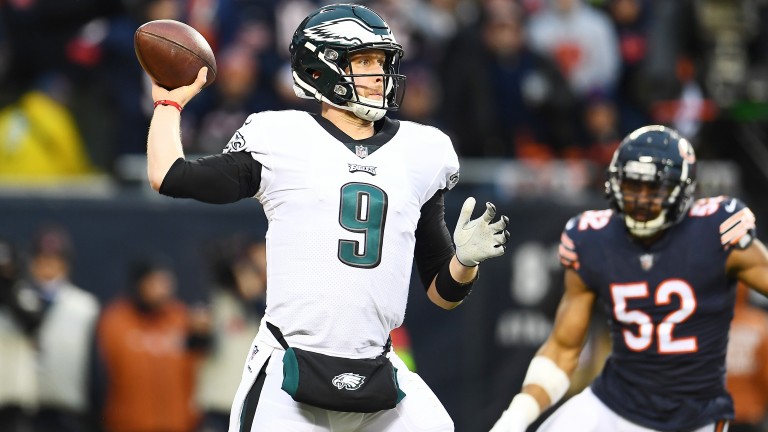 New Orleans are 5-2 favourites for the Super Bowl after the field was reduced to eight by a wildcard weekend that lived up to its name.

Three of the four games on the opening weekend of the playoffs went down to the wire with Dallas, LA Chargers and champions Philadelphia emerging to claim their places in the divisional round, while Indianapolis were the only clear-cut winners, stomping Houston 21-7.

The four teams who earned a first-round bye enter the fray this week with home games against the week one winners.

The Chargers, who led Baltimore 12-0 at half-time before squeezing through 23-17, are given the best chance of an upset and have been handed handicap starts as low as 3.5 points for their trip to New England.

Wild card match summaries
Indianapolis 21 Houston 7 The classy Colts dominated on the road and have won ten of their last 11 games after starting 1-5 and drifting to 500-1 in the betting. They are 16-1 now.

Seattle 22 Dallas 24 This was the most sensational finish for punters as the Seahawks, who had been general 2.5-point underdogs, secured the ultimate backdoor cover. Trailing by ten, they scored a TD and two-point conversion at the death to lose by two.

LA Chargers 23 Baltimore 17 The Ravens went out tamely with rookie quarterback Lamar Jackson struggling badly. They were 23-3 down in the fourth quarter before two late scores made the final score less embarrassing.

Philadelphia 16 Chicago 15 The most dramatic finish was saved until last with the Eagles conjuring up more playoff magic, scoring a late fourth-down TD through Golden Tate. Bears kicker Cody Parkey hit the post and crossbar with his failed attempt at a winning field goal.

Star of the week
Eagles quarterback Nick Foles is living the dream again after being MVP in last year's Super Bowl and he stayed cool under immense pressure once more.