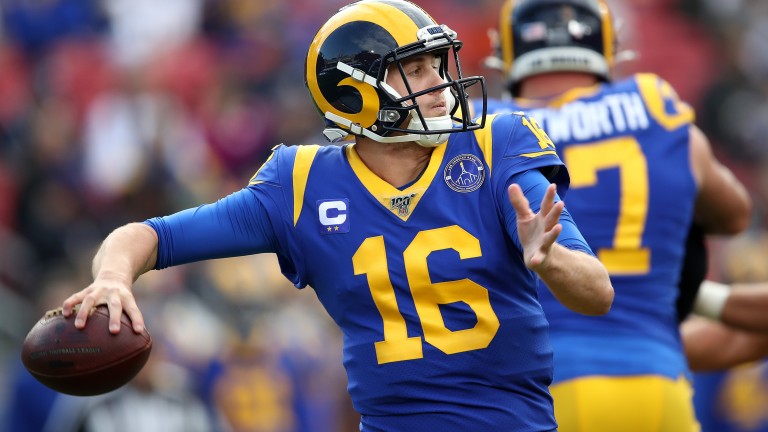 The Pittsburgh Steelers have owned this AFC North rivalry since the turn of the millennium, winning 34 of their last 41 meetings. The last time Cleveland won in Pittsburgh was 2003, but the Browns look to have a genuine chance of ending that streak this year.

Cleveland moved to 4-1 last week, getting the better of the Indianapolis Colts’ then number one-ranked defence. The Steelers have inherited that status but they shouldn't find it easy to contain a Browns offence who have scored at least 30 points in four successive games.

Green Bay Packers are the last team with a 100 per cent record when it comes to covering the handicap this season, thanks in large part to the performance of quarterback Aaron Rodgers.

The Packers offence is averaging a league-best 38 points per game and Rodgers gets one of his favourite targets back this week in wide receiver Davante Adams.

The Bucs defence has been hit and miss, giving up more than 30 points to the LA Chargers in Week Four, and Rodgers has what it takes to lead Green Bay to a statement win in this showdown between veteran gunslingers Rodgers and Tom Brady.

The last two NFC Conference champions square off in what could be a make-or-break game for San Francisco. The 49ers were embarrassed by the Miami Dolphins last week as they slipped to 2-3 and they can’t afford another defeat.

But even with the Niners getting players back from injury this week, it is tough to see how they could overcome a Rams team who have eased to a 4-1 start. LA have allowed the fewest points in the conference and recorded the most sacks, while quarterback Jared Goff has been clinical and can pick apart San Francisco’s secondary.

The Carolina Panthers are going for a fourth straight win when they entertain a Chicago Bears team whose 4-1 record doesn’t reflect how poor their offence has been.

The Bears’ offensive deficiencies are starting to catch up with them though and they may struggle to keep pace with a Panthers offence ranked fifth in the NFL.

In Nashville, the explosive offences of the Houston Texans and Tennessee Titans are on course for an AFC South shootout. Three of the Titans’ four games this season have gone over the total points line, while the Texans were much-improved on offence last week in their first game after firing head coach Bill O'Brien.