Browns can gain advantage over Bengals in battle of Ohio 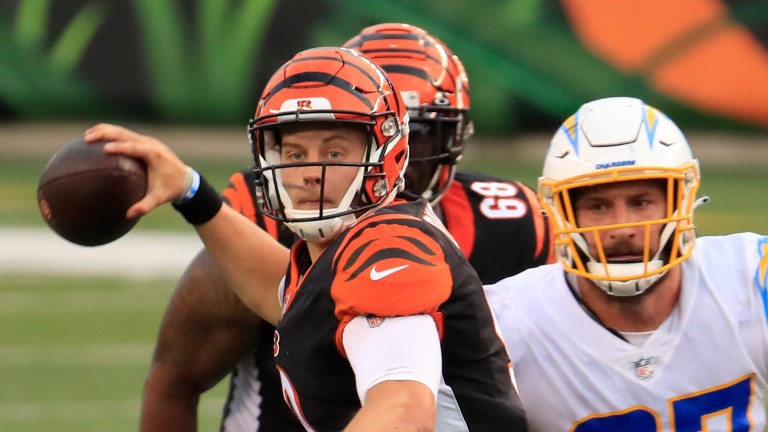 Free NFL tips, best bets and analysis for the Cincinnati Bengals at the Cleveland Browns on Thursday

Cleveland to win by one to ten points
1pt 9-5 Betfair, Paddy Power

Neither the Cincinnati Bengals nor the Cleveland Browns are fancied to challenge for the AFC North this season and both got their campaigns off to losing starts on Sunday.

The Browns' 38-6 reverse to the impressive Baltimore Ravens was more comprehensive than the Bengals' 16-13 defeat to the Los Angeles Chargers, but Cleveland probably have the better chance of bouncing back on the short week.

Not only do Cincinnati have to contend with a miserable away record, but it is a big ask of number one draft pick Joe Burrow to bounce straight back into action just four days after his NFL debut.

Burrow showed plenty of promise but he was poorly protected by the Bengals offensive line, which is a concern as they face Browns ace Myles Garrett. Cincinnati could also be vulnerable to the rushing tandem of Kareem Hunt and Nick Chubb in the absence of Geno Atkins.

It looks set to be a low-scoring clash, so the Browns are taking to secure a narrow victory.