Cowboys can get back on the winning trail 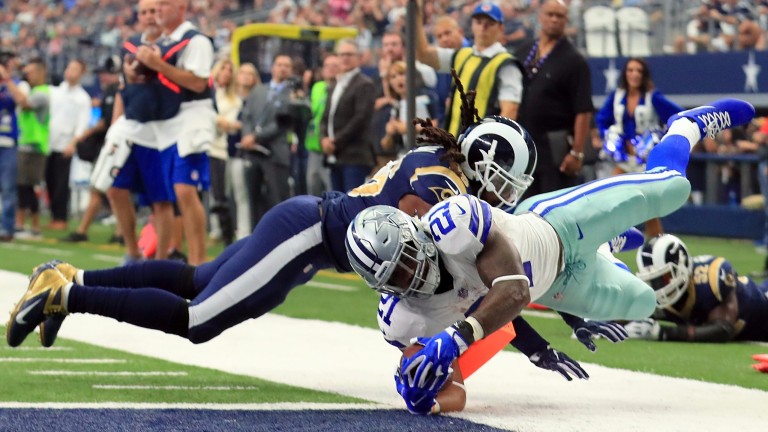 Green Bay winning three of their opening four encounters is familiar enough, but the Packers deserve extra credit for their achievements this season.

The Wisconsin outfit have had to cope with key injuries totheir offensive line - star quarterback Aaron Rodgers has come through the challenge with flying colours - but they are further restricted for their trip to Dallas.

They are set to be missing running back Ty Montgomery in Arlington and while Rodgers always seems to rise to the occasion and give them a chance of victory, the Cowboys are well placed to take advantage.

Dallas need to pick themselves up after a defeat to the Los Angeles Rams last week, but the Packers have struggled against the run at times this season. That should be music to the ears of Ezekiel Elliott, who has not had a 100-yard rushing game since their opening-week win over the New York Giants.

Green Bay have conceded an average of 141 rushing yards per outing and that could be the deciding factor in what looks a tight game between two decent sides.

Cowboys quarterback Dak Prescott can also count on receiver Dez Bryant and veteran tight end Jason Witten to be a real handful and a strong offensive line could help the home team to create more opportunities and make up for the disappointment of last week's defeat.

Dallas
Linebacker Sean Lee (hamstring) is likely to miss the game. Defensive end Charles Tapper (foot) is out. Offensive tackle Tyron Smith (back) should be fit.

Key stat
The points total has gone over in ten of Green Bay's last 11 games.