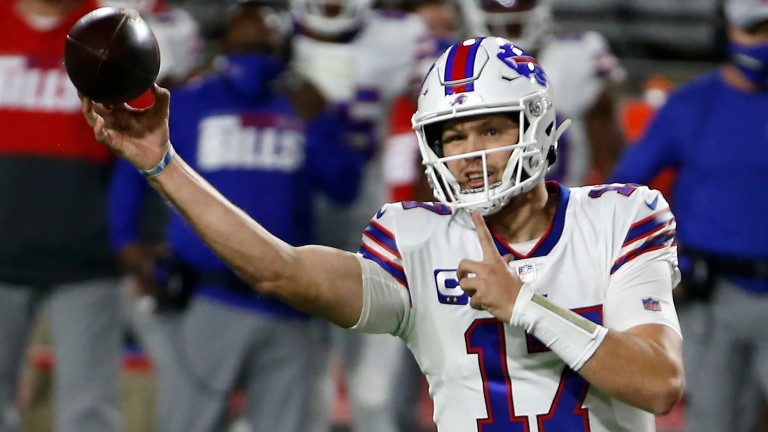 Free NFL picks, best bets and analysis for Week 15 of the 2020 NFL season.

The Buffalo Bills ride into Denver on the crest of a wave after three straight wins. They can wrap up their first AFC East divisional title since 1995 with another victory and have what it takes to land the honour in style.

Quarterback Josh Allen has rediscovered his early-season form, throwing for seven TDs in the Bills' last three games, while the defence has also come to the party of late.

The defence has found particular success stopping the run and can stifle a Denver offence heavily reliant on their rushing attack.

Broncos quarterback Drew Lock had a good day in last week’s win at Carolina, but those days are too few and far between to think he can keep pace with Buffalo.

The form of quarterback Aaron Rodgers is a big reason why the Green Bay Packers currently sit as the number one seeds in the NFC.

Rodgers took his touchdown count to a league-best 39 in last week’s win over Detroit as they clinched the NFC North title and the two-time MVP should have more joy against a Carolina side who look ready to throw in the towel on the year after a run of seven defeats in eight matches.

However, Rodgers hasn’t had a 300-yard passing game on the frozen tundra of home soil in December in four years and with snow forecast for Lambeau Field on Saturday, the Packers are likely to rely on their ground game.