Tennessee running back set for a big season 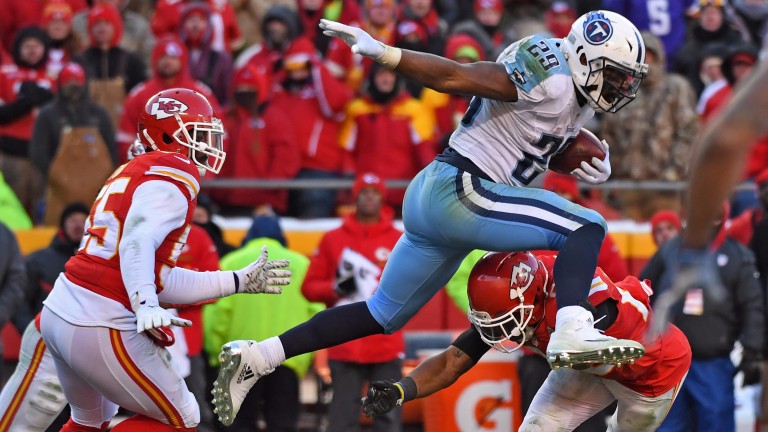 DeMarco Murray could have another fine season for Tennessee
Getty Images
1 of 1
By Ian Wilkerson UPDATED 9:01PM, SEP 6 2017

Tennessee look well placed to have a push for the AFC South title and there is a decent chance that their number one running back DeMarco Murray will have a leading role to play.

Murray moved to Nashville after a disappointing year in Philadelphia when he failed to hit the heights he did during his time at Dallas, where he topped the rushing charts in 2014.

However, he was back with a bang last year when he finished third in the rankings with 1,287 yards and, at 29, there should still be a couple of decent seasons in him.

Expect him to see plenty of the ball playing behind a good offensive line and he will be mindful that former Heisman Trophy winning rusher Derrick Henry is breathing down his neck.

A training-camp hamstring injury that meant his pre-season appearances were fleeting should not hold him back too much and he looks good each-way value in the leading rusher market which is headed by Pittsburgh's Le'Veon Bell.

Drew Brees is again favourite to be the league's leading passer and it's hardly a surprise despite his 38 years.

A quarterback has topped 5,000 passing yards just nine times in the league's history and Brees has done it five times, but one player who could be placed in the market is Los Angeles Charger Philip Rivers, who led the league in 2010.

Rivers was fifth last year as he directed the offence for a beaten-up team and he should be operating behind an improved line this time.

It was only two seasons ago that he posted a personal-best season of 4,792 yards and he can finish in the top four places this time, particularly as he has a new talented wide receiver in exciting rookie Mike Williams to target.

New Orleans wideouts are always worth a second look the receiving yards market because Brees is so prolific and it looks likely that Michael Thomas could have a big year for the Saints.

He chalked up 1,137 yards in his rookie campaign and should see even more of the ball this term as Brandin Cooks has departed Louisiana to sign for New England.