Seattle should have enough to see off divisional rivals 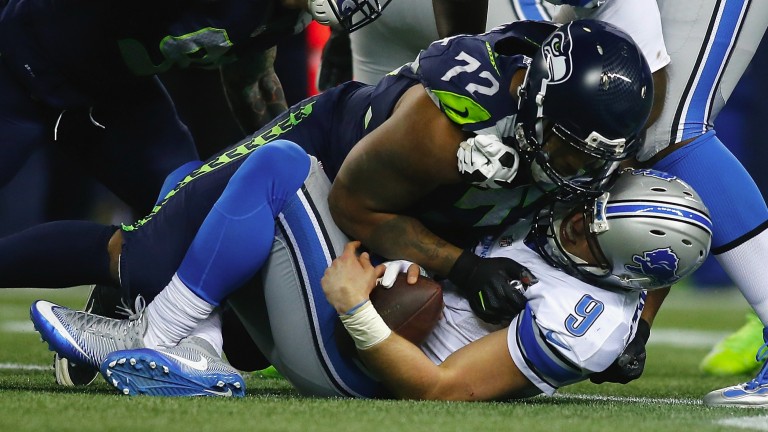 Verdict Quarterback Carson Palmer is coming off an indifferent campaign and at 37 this could be the beginning of the end.

Star running back David Johnson is likely to be more important than ever but there are reservations about the quality of the offensive line.

Veteran Larry Fitzgerald looks set to shoulder most of the receiving burden. Despite the departure of Calais Campbell to Jacksonville, the defence doesn't look too bad with Chandler Jones and Markus Golden rated highly, but an 8-8 season would not be a bad campaign for a team who might be on the slide.

Verdict The Rams put all their eggs in one basket to draft quarterback Jared Goff in 2016 and his first season was dismal. He will have to show rapid improvement for them to get anywhere near a winning record and as the offensive line is poor, they can be expected to fall short.

Their blocking also has to improve dramatically if running back Todd Gurley is to scale the heights he did during his rookie campaign. There are also few receiving options.

Robert Quinn and Aaron Donald are excellent defensive players but a huge amount has been placed on their shoulders. It is difficult to see them being competitive.

Verdict New 49ers coach Kyle Shanahan worked wonders as offensive co-ordinator in Atlanta but it's safe to say he doesn't have the same resources available to him this season.

With hopes high of signing Washington quarterback Kirk Cousins next season, this has all the makings of a stop-gap campaign where young players should have their opportunity to gain valuable experience.

The acquisition of Pierre Garcon should help them but the offensive line in front of Brian Hoyer looks weak. The defensive line is better but this looks likely to be a season of transition. However, not finishing bottom of the division looks to be within their capabilities.

Verdict Russell Wilson is going to have to get his dancing shoes on again because the widespread improvements to the Seattle offensive line, their Achilles heel, did not materialise in the off-season.

Wilson has excellent outlets in Jimmy Graham and Doug Baldwin but their backers will be hoping he will be afforded enough time to find them. The running game will be boosted by the acquisition of Eddie Lacy if he can stay off the burgers.

The broken leg suffered by safety Earl Thomas was a body blow last year and the Seahawks still have a defence to be feared. They should have enough to claim the division.